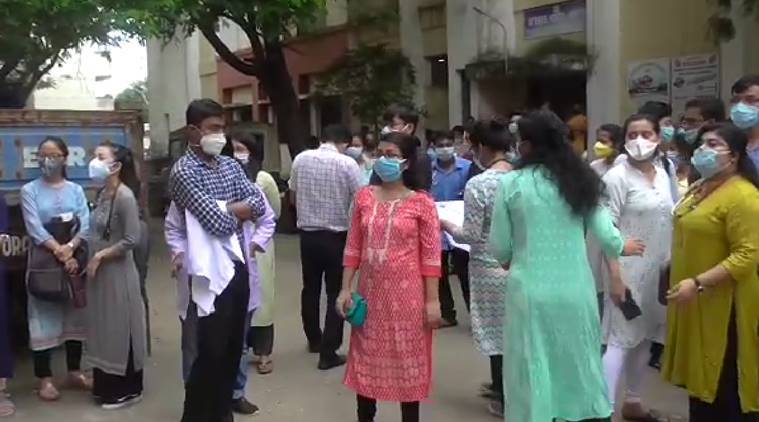 No pay for the past two months, Interns protest on Doctors Day in Tripura

Tripura, July 1: Nearly 80 interns have temporarily given up on their service in the Agartala Government Medical College in Tripura on Doctors Day. They will restore services when they receive their monthly pay.

An agitation was witnessed on Wednesday in front of the Medical Superintendent’s office in the Medical College, which happens to be the biggest medical college of the state. The aggrieved interns raised their voices against the deferred payments.

They have been deprived of it for two months now. Hence, they have admonished the authorities of the hospital to act upon their demands as early as possible.

“Putting our lives at stake, we interns of the hospital are giving our best. But, despite that the authorities are not releasing timely stipends for us.” an intern from the hospital said.

“Disregarding all the challenges and threats, we are doing 15 to 16 hours of duty every day and what we are getting instead of that. In all the states, interns are getting increased stipends and special ex-gratia given the prevailing situation. On the contrary, in our state, we are even deprived of the deserved stipend. This must be stopped and the authorities should ensure speedy pay-outs of our salaries.” She continued.

They also informed that the services will remain suspended until their demands are fulfilled.

“See, we are all human beings. If we can manage two months without salaries in a government hospital, the patients should also be able to manage for a day. If our salaries are released, we will join our services straight away.” the intern expressed.