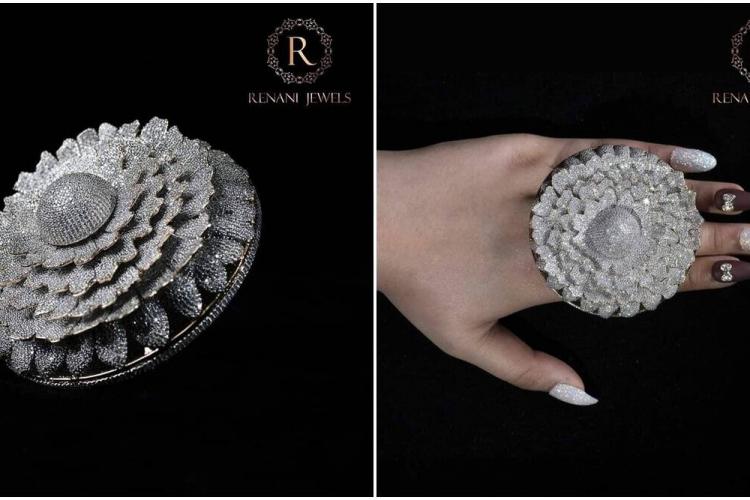 India, Dec 5: A floral-shaped ring sporting 12,638 tiny diamonds has earned a place in the Guinness World Records but the Indian Jeweller has no plans to sell his priceless design yet.

Called “The Marigold – The Ring of Prosperity”, the chunky circular band weighs a little over 165 grams.

Bansal said he got the idea two years ago while studying jewellery designing in Surat.

“My target was always more than 10,000 diamonds. I trashed many designs and concepts over the years to finally zero in on this,” Bansal told media.

In a statement, his company said that each tiny petal in the ring’s eight-layer flower design was unique.

Bansal said he had already knocked back requests from prospective buyers.

“We have no plans of selling it right now,” Indian jeweller said. “It’s a matter of pride for us. It’s priceless.”

The previous record determined by Guinness, also set in India, was for a ring containing 7,801 diamonds.