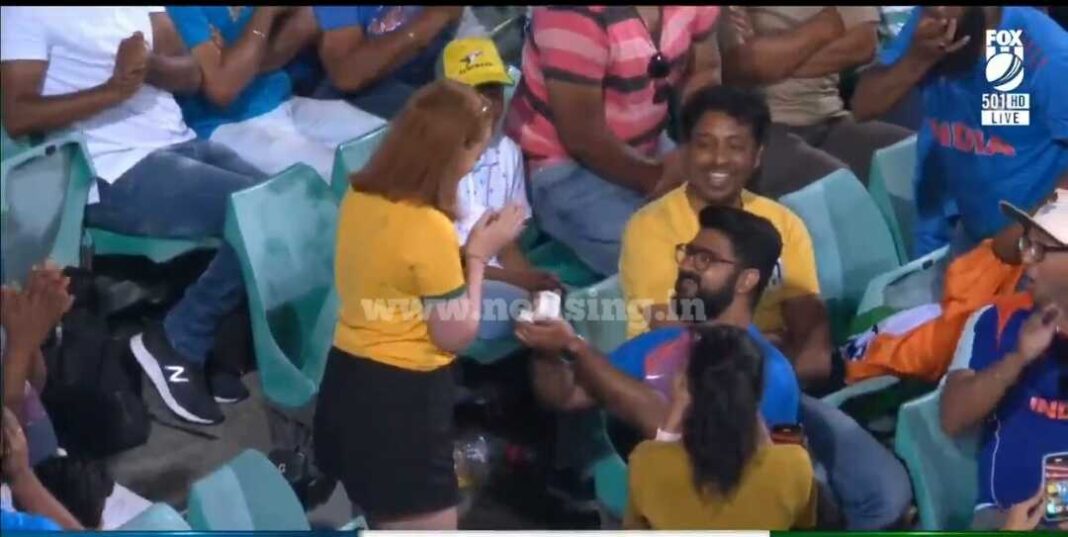 Australia, 30th November: There was a happy Indian fan during the 2nd ODI between India and Australia even as the visitors were staring at another defeat, this time a series-conceding one at the Sydney Cricket Ground.

The lucky man, sporting the retro India jersey, proposed to his Australian girlfriend during the match and was featured on the big screen at the iconic venue.

The Indian Cricket fan was seen going down on his knees and handing over the ring to his girlfriend. And much to his delight, his woman said yes. The entire crowd cheered as the two shared a kiss. The broadcasters captured the heartwarming moment on the big screen.