Home India India was saddened by the insult to Tricolour on Jan 26: PM... 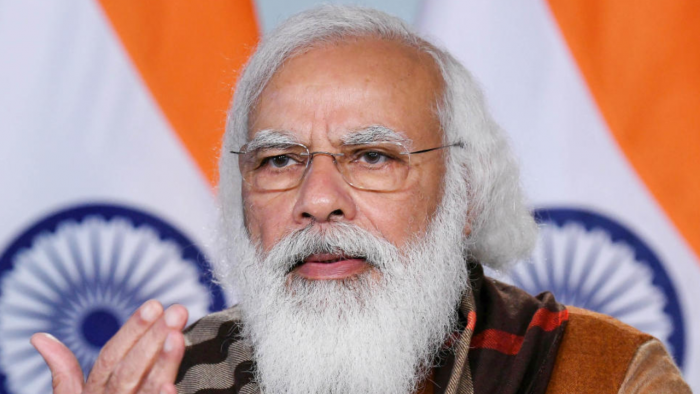 India, Jan 31: In his first radio address Mann ki Baat of 2021, Prime Minister Narendra Modi on Sunday referred to the events at the Red Fort during the farmers’ tractor rally on Republic Day. “India was saddened by the insult to tricolour on Republic Day,” PM Modi said.

The iconic Mughal-era fort witnessed violence on Republic Day when groups of farmers protesting against the farm laws over-ran the fort and hoisted a Sikh religious flag on an empty mast just below the national flag on the ramparts. The police had used batons to push them out.

The fort, parts of which had suffered damages, has been shut till January 31 by the Archaeological Survey of India.

Responding to opposition demands for a special probe into the incidents at the Red Fort, the Prime Minister had earlier said that the “law will take its own course“.

On Thursday, the police had issued notices to farmer leaders over the Republic Day violence, giving them three days to respond.

The Samyukt Kisan Morcha, under whose banner around 40 farmer unions gathered, has said it will not be intimidated by the notices.

The protest on Republic Day was meant to mark the completion of two months of farmers’ protest at the borders of Delhi over the Centre’s three farm laws passed in September. But matters escalated after a group of farmers violated the designated time and route of the protest.

The Prime Minister Narendra Modi on Mann Ki Baat has said the government’s proposal of keeping the laws on hold for 18 months still stands. The farmers, however, have rejected the offer and are holding out for a repeal of all three laws.