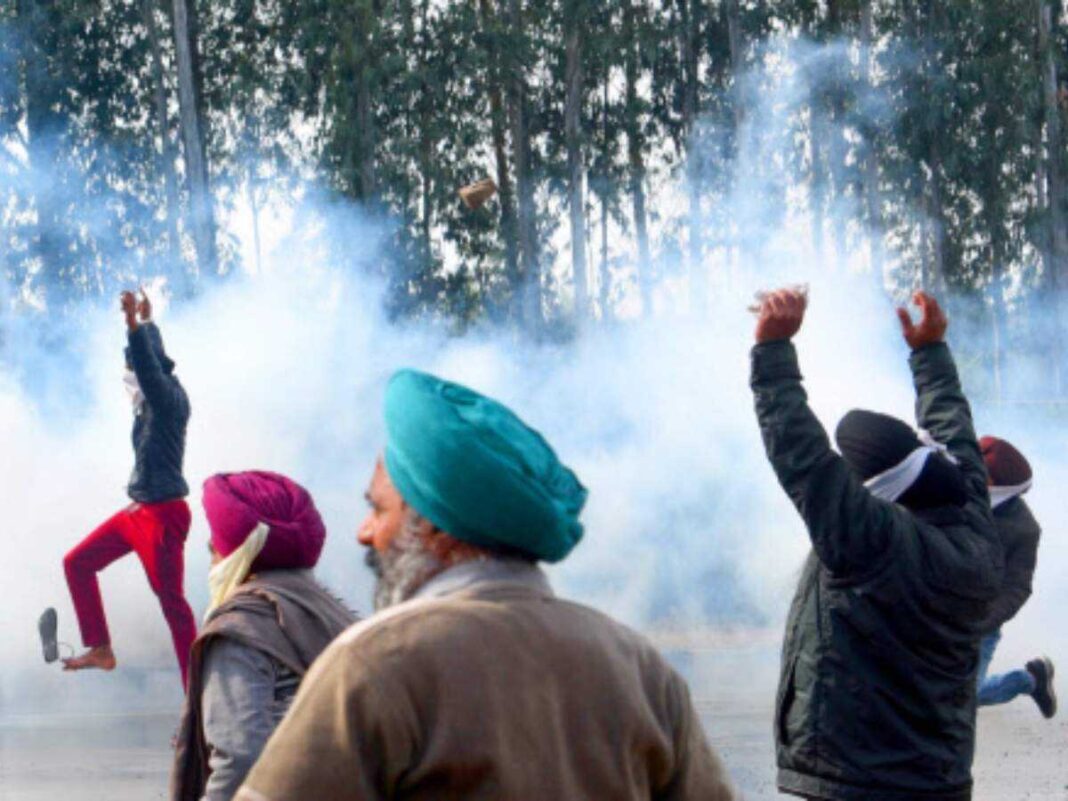 Delhi farmers protests, Feb 3: Ministry of External Affairs (MEA) statement says that a very small section of farmers in parts of India have some reservation about these reforms.

It is unfortunate to see the vested interest groups trying to enforce their agenda on these protests and derail them.

The farmers protests will be discussed for 15 hours in parliament, the government agreed today in a breakthrough in its talks with the opposition. The discussion is taking place in the Rajya Sabha, where Question Hour has been suspended for two days.

But the truce was short-lived as the upper house erupted in protests soon after Chairman Venkaiah Naidu announced that the discussion would take place after the debate on the motion of thanks to the President’s address to the joint sitting last Friday. 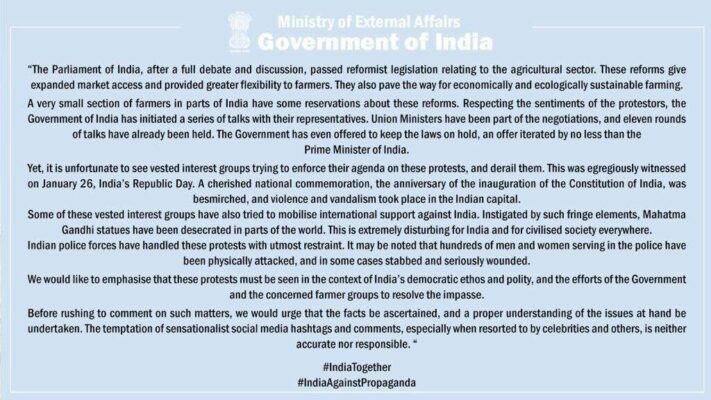 Three members of the Aam Aadmi Party (AAP) kept shouting slogans until they were ordered to leave the House for the day. The disruptions forced the first adjournment of the day.

Over 16 opposition parties had demanded a five-hour standalone discussion on the farmer protests, which the government agreed to increase to 15.

Pralhad Joshi, the Minister for Parliamentary Affairs, made the announcement after agreeing to the opposition’s demand.

“Since the government has accepted this proposal we are ready for a discussion,” said Leader of Opposition Ghulam Nabi Azad of the Congress.

He also said: “If the discussion on farmers doesn’t happen before the Motion of Thanks, we request that the time be extended.”

There will be no Question hour for two days and private members’ bills will not be taken on Friday to accommodate the discussion on farmers who have been protesting since November on highways outside Delhi against three central laws that they believe will drastically reduce their income by taking away guaranteed minimum prices for their crops and by leaving them open to exploitation by big corporates.

The government has refused to take back the laws, which it says intend long-pending agricultural reforms, but it has offered to make amendments.