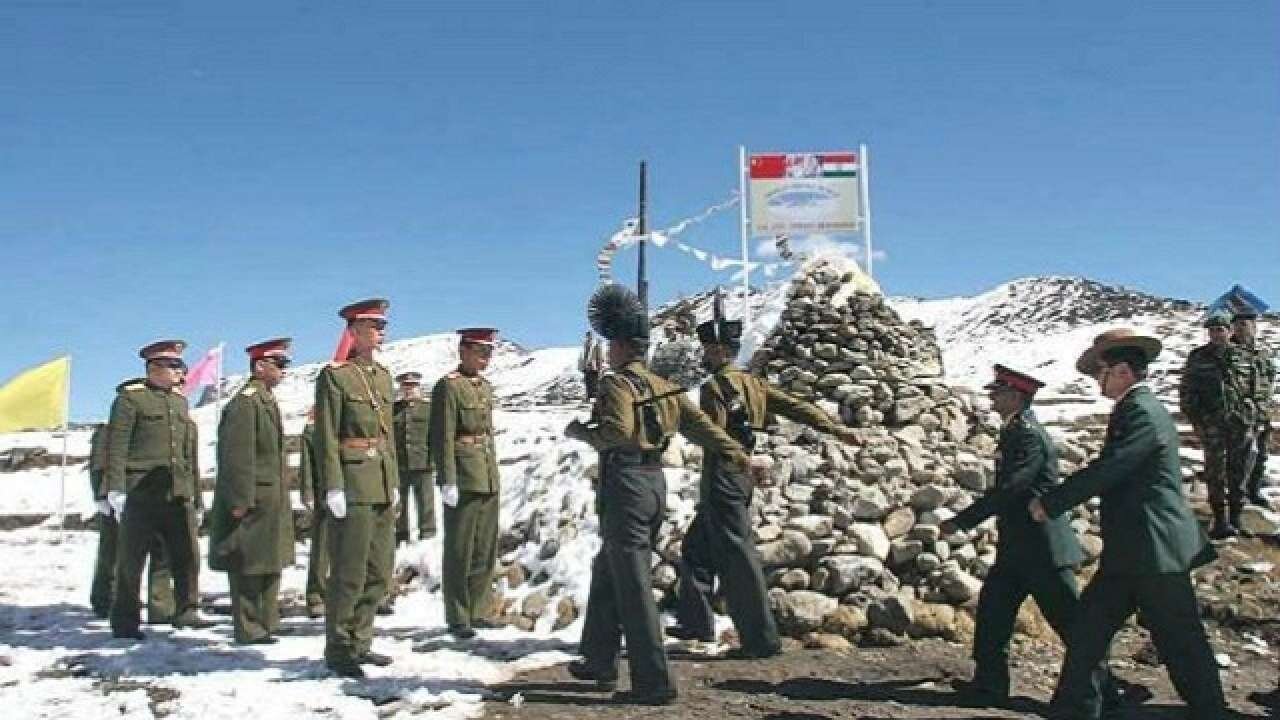 Sikkim, Jan 26: Indian and Chinese troops clashed on the Line of Actual Control at Naku La in Sikkim last week, days ahead of the talks between senior military commanders that took place in eastern Ladakh on Sunday.

The Army described the incident, which occurred on January 20, as a “minor face-off”. Clashes between Indian and Chinese soldiers in Ladakh and the same area of Sikkim last May had set off the ongoing military standoff in Ladakh.

According to the source, In the fresh incident, patrolling units from the two sides came face-to-face in the Naku La sector, which resulted in a physical brawl, without the use of weapons, sources said. Several soldiers from both sides were injured in the clash.

In a statement, the Army said: “It is clarified that there was a minor face-off at the Nakula area of North Sikkim on 20 January 2021 and the same was resolved by local commanders as per established protocols.”

A senior military source said some areas in the region are claimed by both sides, and patrols do sometimes encounter each other. According to this source, the number of Chinese troops who sustained injuries in last week’s clash was in the low double figures, whereas injuries on The Indian side were in single digits. The clash was a “local issue”, and would not impact the situation in eastern Ladakh or the talks to resolve the standoff, the source said.

The Army on Monday said the January 24 meeting with the Chinese side had been “positive, practical and constructive”, and had “enhanced mutual trust and understanding”.

At the 9th round of the Corps Commander-level meeting held on the Chinese side of the Moldo-Chushul border meeting point, “the two sides had a candid and in-depth exchange of views on disengagement along the Line of Actual Control in the Western Sector of China-India border areas”, Army PRO Col Aman Anand said in a statement.

“The two sides agreed that this round of meeting was positive, practical, and constructive, which further enhanced mutual trust and understanding. The two sides agreed to push for an early disengagement of the frontline troops. They also agreed to follow the important consensus of their state leaders, maintain the good momentum of dialogue and negotiation, and hold the 10th round of the Corps Commander Level Meeting at an early date to jointly advance de-escalation,” the statement said.

India has been demanding restoration of the status quo ante in the talks and has asked that all friction points across eastern Ladakh should be discussed and resolved together.

At a press conference in Beijing, the Chinese Foreign Ministry spokesperson Zhao Lijian said: “I can confirm to you that a new round of talks was indeed held between China and India. Following our agreement, both sides will release the information as early as possible.”

The Indian delegation was led by XIV Corps Commander Lt Gen PGK Menon and included Naveen Srivastava, who is the Additional Secretary handling East Asia in the Ministry of External Affairs. Srivastava has been part of the senior military commander talks since September.

Sources in the military establishment have mentioned earlier that the defense forces are on alert against a Chinese attempt to open a new front in the Northeast, even as the stalemate in eastern Ladakh continues.

Speaking at his annual press conference on January 12 ahead of Army Day, Army Chief General MM Naravane had said that “it is not only Eastern Ladakh but we have maintained a high state of alertness all along the northern borders as of now, keeping the threat perception in mind”.

He had said that “we have gone in for a winter posture and deployment. But… we are alert and ever-ready to meet any challenges.”