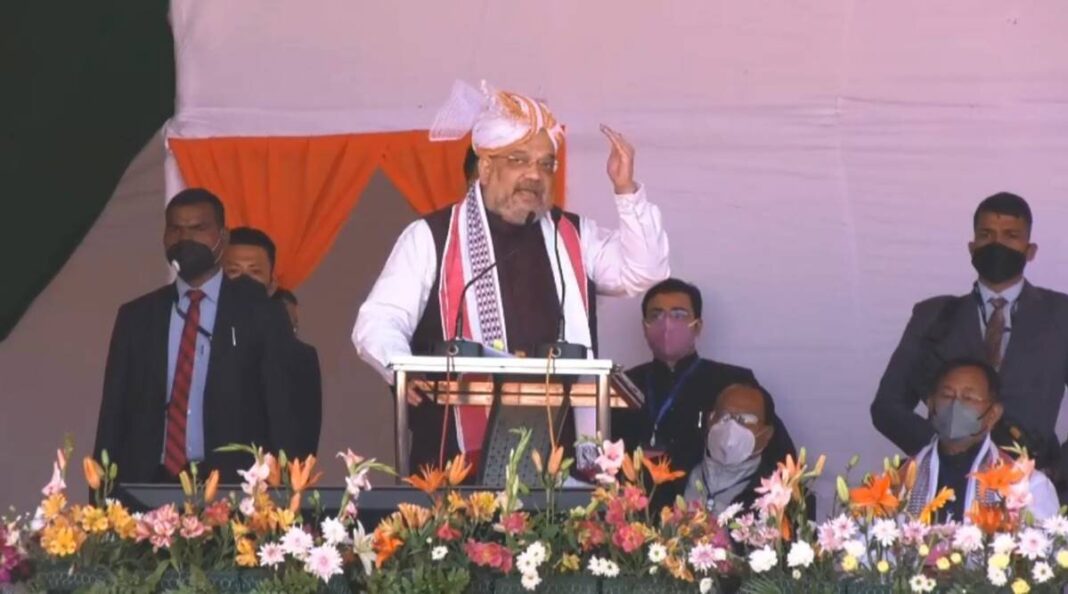 Assam, Dec 27: Union Home Minister Amit Shah said on Sunday that Prime Minister Narendra Modi “gifted Inner Line Permit (ILP)” to Manipur as he felt that it would be an injustice to them since other surrounding states have the regime.

Highlighting the slew of development projects launched by the Bharatiya Janata Party (BJP) government at the Centre, Shah stated that Manipur – “once a hotbed of insurgency” – is now experiencing a new thrust in development.

“Earlier, Manipur was known for insurgency, bandhs, and blockades, but now most militant organizations have joined the mainstream and those left would also do so following efforts of the BJP government,” he said.

Praising Prime Minister Narendra Modi for taking the decision to grant ILP to Manipur, Shah said, “Modiji realized that Manipur is not having the Inner Line Permit when other states surrounding it had it which is an injustice to the indigenous people and he found a way.”

The ILP is an official travel document issued by the concerned state government to allow travel of an Indian citizen into a protected area for a limited period. It is obligatory for citizens from outside those states to obtain a permit for entering into the protected state.

The objective behind this is to prevent the settlement of other Indian nationals in ILP states so as to protect the indigenous population and their access to land, jobs, and other facilities. Besides Manipur, Arunachal Pradesh, Mizoram, and Nagaland also come under the ILP system.

Shah also talked about the IT SEZ worth Rs 950 crore that will be soon opened which he estimated would contribute around Rs 4,600 crore towards Manipur’s GDP.

The Home Minister also promised a medical hospital in a designated tribal area and urged chief minister N Biren Singh to look into establishing a college for forensic sciences in Manipur in collaboration with the esteemed Institute of Forensic Science for the benefit of the students.