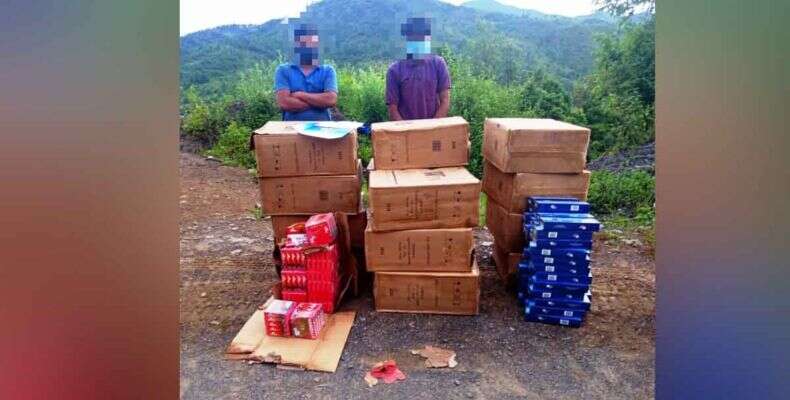 The Assam Rifles found 14000 packets of cigarettes, 100 kgs of betel nuts, 5 boxes of mosquito repellent, 14 boxes of tinned fish and other commercial items on the detailed search of the vehicles.

The apprehended individuals have been identified as Rishikanta and Chalamba from Khurai in Imphal, it further said.

The apprehended have been handed over to the Custom and Excise Department along with the illegal commercial goods that have been recovered, for further action.

Thoubal has been in news quite a few times because of the illegal transportation of goods. This time also the consignment has been recovered at a check post in Thoubal.