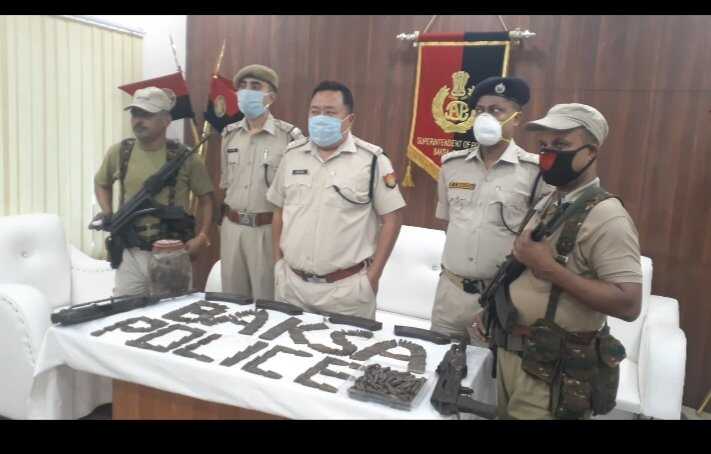 The recovered arms were kept hidden by suspected militants, which were buried underground.

Based on intelligence input, a police team of Assam Baksa district had launched search operation at Sinari Basti area, on the banks of Diring river under Barbari police station in Baksa district under Bodoland Territorial Area Districts (BTAD) on Friday night and recovered a large number of arms and ammunition from the area. 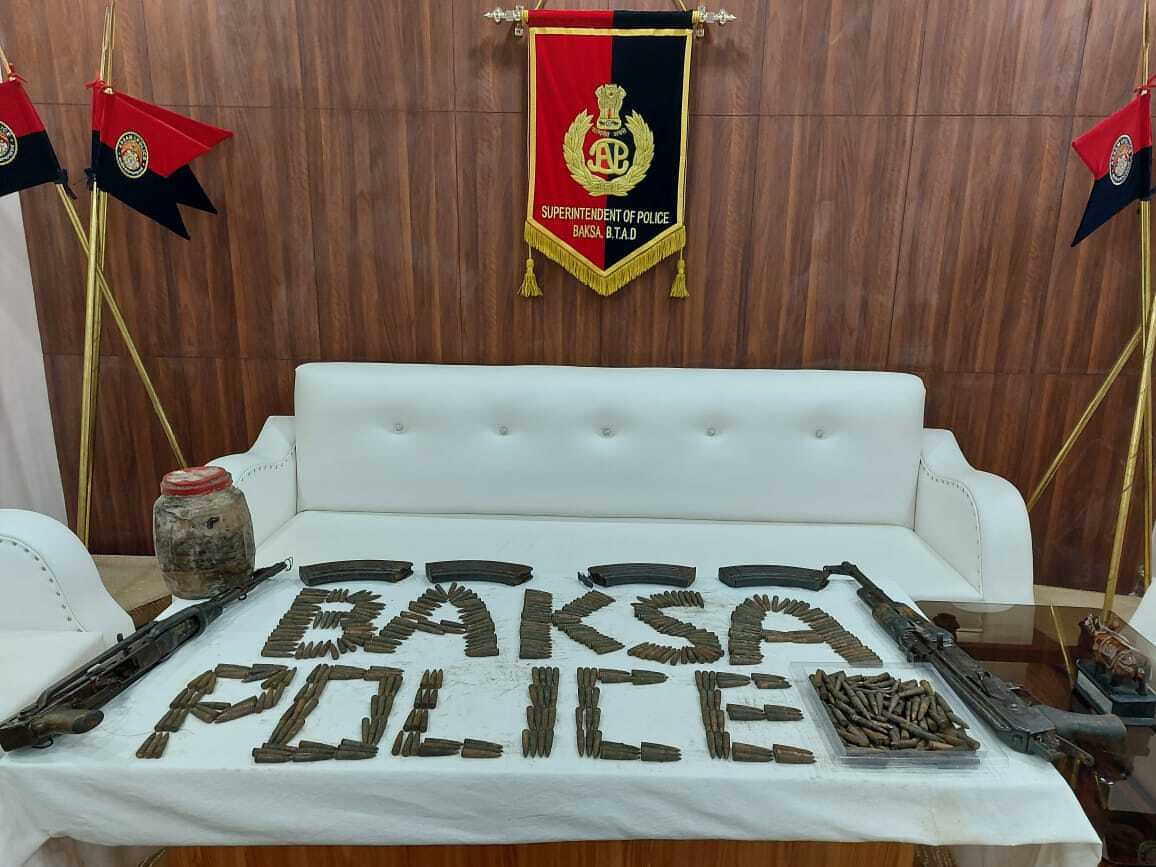 A top police official of Baksa district said that, the recovered arms were kept hidden underground and suspected that, it is belonging to NDFB.

The recovery comes less than a week after a large number of arms, ammunition and explosives were recovered from a jungle area near Shantipur under Kachugaon police station in Kokrajhar district.