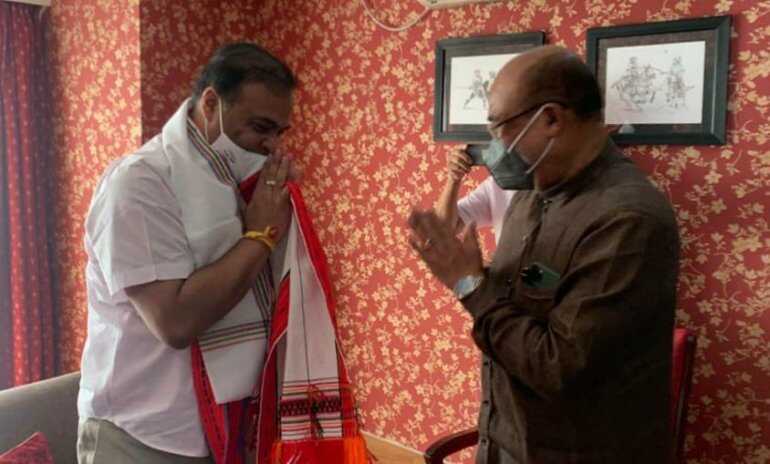 The Manipur CM today tweeted earlier in the day welcoming him to Imphal. He said that he will be campaigning for the upcoming by-election in four assembly constituencies of Manipur along with him. He asked the people to “Vote for BJP! Vote for Development“.

Meanwhile, Himanta Biswa Sarma retweeted to the Hon’ble Chief Minister that he was doing excellent work for the people of Manipur. He continued saying that his simplicity and kind gesture always inspired him.

Sarma has flown to Imphal after taking part in multiple programs in Biswanath and Sonitpur districts of Assam in the last two days.