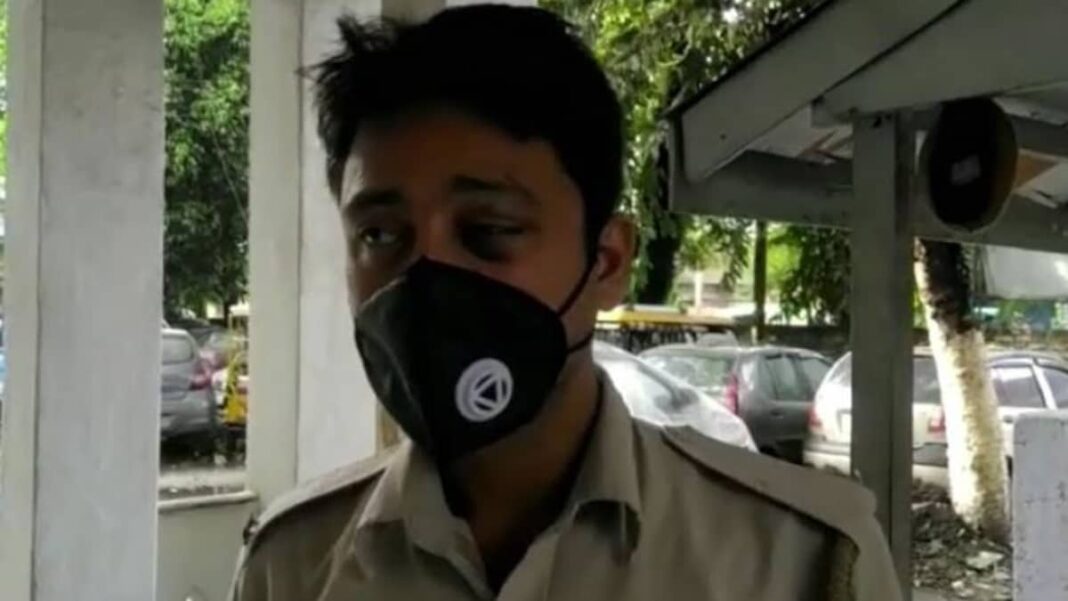 Guwahati, September 14: An Assam police constable was injured after a group of people attacked him while he asked them to wear masks as taking precautionary measures amid COVID-19 pandemic.

The incident took place at Nagaon town in Assam’s Nagaon district on Sunday.

According to the reports, the victim police constable identified as Ratan Muktiar had reportedly asked a group of people to wear face masks in public places.

When the police personnel asked the group of people to wear face masks and maintain social distancing norms, some of them had attacked the police constable.

Ratan Muktiar had received severe injuries on his left eye and face also.

Following the incident, the victim, an Assam police constable had lodged an FIR at Nagaon Sadar police station.

Ratan Muktiar said that, some people attacked him while he asked them to wear face masks as COVID-19 positive cases are rising.

Nagaon district police have apprehended a youth for his alleged involvement in the incident.