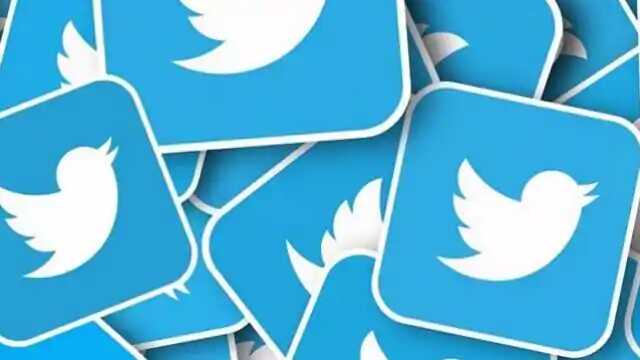 Farmer Genocide, Feb 3: The Ministry of Electronics and Information Technology on Wednesday sent a final notice to Twitter, taking a tough stand against “offensive” hashtags and handles on the microblogging-social networking platform. The government has sent a notice to Twitter, warning the social media platform to take action against Twitter handles posting offensive hashtags, else cases will be registered against it.

The notice was issued by the Ministry of Electronics and Information Technology after Twitter on Monday restored nearly 250 accounts that was blocked earlier in the day, following a complaint by the ministry.

The interim order was issued on the ground that the said Twitter URLs and hashtag on Farmer Genocide are spreading misinformation about the ongoing farmers’ protests and have the potential to lead to imminent violence affecting public order situation in the country.

WHAT DID GOVT’S NOTICE SAY?

In a 5-page notice, the ministry said, “The content with the #ModiPlanningFarmerGenocide hashtag was posted on Twitter which was designed to inflame passions, hatred and factually incorrect.”

“Incitement to genocide is not a freedom of speech. It is a threat to law and order,” the official statement said.

The notice was signed off with a warning: “It needs to be mentioned that Section 69A [3] provides for specific penal consequences in case of non-compliance with the directions issued under section 69A of the Act.”

The government’s notice quotes more than half a dozen Supreme Court judgments — including those by Constitutional benches — related to public order and the rights of authorities.

The government said Twitter, being an intermediary, is obliged to obey the directions as per the satisfaction of authorities as to which inflammatory content will arouse passion and impact public order.

Warning of penal action, the official statement said, “Twitter is an intermediary and they are obliged to obey the direction of the government on Farmer Genocide hashtags. Refusal to do so will invite penal action.”

A government official said, “Twitter cannot sit as an appellate authority over the satisfaction of the authorities about its potential impact on derailing public order. It is only an intermediary.”

He said, “Twitter cannot assume the role of the court and justify non-compliance. Twitter may face penal action for not complying with government orders.”

The notice further said, “You [Twitter] are aware of the prevailing situation, which not only has the potential but has, in fact resulted in a major public order issue on 26.01.2021. The statutory authorities are doing everything possible to ensure that no adverse public order situation takes place and no cognizable offenses are committed.”

“In light of these developments and as a part of due process, and as per the settled practice, an order was passed under Rule 9 of the Information Technology [Procedure and Safeguards for Blocking for Access of Information by Public] Rules, 2009, which have ensued in the exercise of powers under section 69A[2] of the Information and Technology Act, 2000,” the statement read.

The government had communicated the order of Farmer Genocide around 3:00 PM January 31.

In Wednesday’s notice, the government said, “It is unfortunate that though the said order was communicated by us and received by you immediately, you chose not to comply with the same till almost the time fixed for the meeting of the committee as contemplated under Rule 9, i.e. 1.2.2021 at 3 pm.”

“The offending handles/hashtags were blocked only a few minutes before your Advocate appeared before the Committee, on 1.2.2021 at 3 pm. It is thus clear that the offending tweets/hashtag remained in the public domain and must have been tweeted and re-tweeted several times at the risk and cost of public order and the risk of incitement to the commission of offenses.”

Twitter had replied to the ministry on February 1, declining to abide by the order issued by the government on Farmer Genocide.

The government has now read out the rule book to Twitter by stating: “Before adverting to the facts at hand, it is necessary to lay down the statutory framework. It may be noted that as per Indian law, with which Twitter is bound to comply.”

The notice said, “Twitter is an “intermediary” as defined under Section 2[1][w] of the Information Technology Act and provides a platform wherein opinions of persons are communicated across the world and are open for all to see.”

The government quoted Section 69A of the Act which provides jurisdiction to the central government in cases where it considers it “necessary or expedient to direct an intermediary to block for access for public and or cause to be blocked for access by the public any information generated, transmitted, received, stored, or hosted in any computer resource if the government is satisfied that the same is necessary or expedient to prevent incitement to the commission of any cognizable offense relating to public order“.

The notice warns that in case of non-compliance, statutory consequences shall follow.

ON FREEDOM OF SPEECH

Citing global jurisprudence, the government said, “The principle of secondary liability provides that despite the intermediary not being the creator of the problematic/illegal content, such the intermediary would have to share the liability in a case such problematic content breaches the stipulations of the law as it enables the largescale projecting/publicizing/advertising of the content. It may be noted that such liability is over and above the liability in case of deliberate non-compliance of orders of the central government.”

On issues of freedom of speech, the government said it is astonishing that Twitter, despite being bound by the statutory provisions validly enacted by the competent legislature, is commenting upon “significant issues relating to freedom of speech relating to the power of the central government under section 69A of the Act and the constitutional the desirability of the interim order dated 31.1.2021.”

The notice states that “before clarifying the understanding of the central government on the meaning and scope of “public order” and the design and intent of Section 69A of the Act, it is necessary to point out that Twitter has no constitutional, statutory or any legal basis whatsoever to comment upon the interplay of statutory provisions with constitutional principles or to unilaterally read down the scope of statutory provisions as per its own limited private understanding of the constitutional and statutory laws of India.”

The government said that the impracticability or the disproportionality of the issue cannot be decided at the instance of Twitter which is an intermediary bound by the orders of the central government.”

Sources in the government said notice for a ban on the said, “Hashtag is accompanied by the content that had been attached to the said hashtag by the users using the same.”