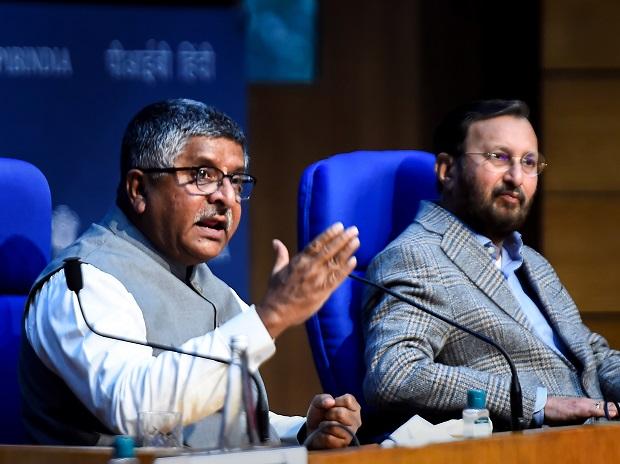 India, Feb 25: To prevent the misuse of social media, the Union government on Thursday announced new social media rules that make it mandatory for platforms such as WhatsApp to aid the government in identifying the “originator” of certain messages containing unlawful information, while also requiring social media platforms such as Facebook, YouTube, and Twitter to remove such content within 36 hours of being notified.

As per the Information Technology (Guidelines for intermediaries and digital media ethics code) Rules, 2021, social media platforms will also be required to provide information, including related to verification of identity, to lawfully authorized agencies within 72 hours.

At a press conference, Electronics and IT Minister Ravi Shankar Prasad said, “Social media is welcome to do business in India, they have done exceedingly well, they have done good business, they have empowered ordinary Indians. The government welcomes criticism and the right to dissent…It is important that social media users running into crores should be given a platform for raising their grievance to raise complaints about the abuse of social media.”

The rules, a draft of which were released in 2018, come close on the heels of a tussle between the government and Twitter over the removal of certain content related to the ongoing farmers’ protests. The government has also been at loggerheads with WhatsApp for over two years on the issue of tracing the originator of the messages. The Facebook-owned firm has in the past denied complying with the government’s request to trace the origin of a fake message, stating that the move will undermine the private nature of the platform.

The rules released on Thursday stated that intermediaries providing services primarily like messaging would “enable the identification of the first originator of the information on its computer resource” as may be required by a court order or order passed under Section 69 of the IT Act by the Competent Authority.

“… such order shall not be passed in cases where less intrusive means are effective in identifying the originator,” it said, adding that the order would only be passed for prevention, detection, investigation, prosecution or punishment of an offence related to the sovereignty and the integrity of India, the security of the State, friendly relations with foreign states, or public order, or of incitement to an offence relating in relation with rape, sexually explicit material, or child sexual abuse material punishable with imprisonment for a term of not less than five years.

He stressed that the social media intermediaries would have to reveal details of the first originator of a mischievous post. “They need to tell us, who started the mischief,” he stated.

Following the receipt of a lawful order, an intermediary, such as Twitter, YouTube or Facebook would expeditiously, but not later than 72 hours, provide information under its control or possession, or any assistance to the lawfully authorized government agency.

The new social media rules also stated that an intermediary, on receiving a court order or on being notified by the appropriate government agency, would not “host, store or publish any information prohibited by any law about the interests of the sovereignty and integrity of India: the security of the State; friendly relations with foreign States; public order; decency or morality; in relation to contempt of court; defamation; incitement to an offence, or the information which violates any law for the time being in force.”

The intermediary would be required to remove or disable access to such information, as early as possible, but in no case later than 36 hours from receipt of order, it added.

The intermediaries should remove or disable access to content “which is prima facie like non-consensual transmission of any material which exposes the private area of any person, shows such person in full or partial nudity or shows or depicts such person in any sexual act or conduct, or is in the nature of impersonation in an electronic form, including artificially morphed images and such content is transmitted with the intent to harass, intimidate, threaten or abuse an individual,” within 24 hours from the receipt of a complaint made by an individual or any person on their behalf.