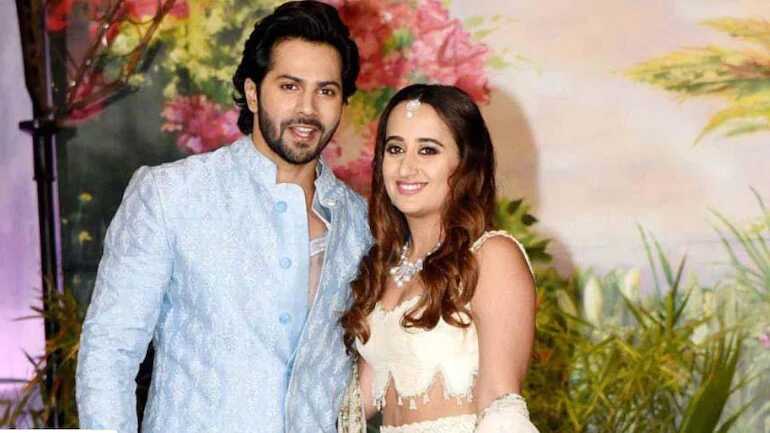 Jan 24: Bollywood actor Varun Dhawan and Natasha Dalal are set to tie the knot today on January 24 at The Mansion House in Alibaug. Only 50 people are part of the wedding ceremony due to COVID-19 pandemic. Mehendi function and sangeet night was held yesterday, which was the second day of their wedding festivities.

Notably, Varun Dhawan and Natasha Dalal happen to be school-time friends. Later they started dating each other.

Varun had earlier said, “I actually met Natasha in the 6th standard. We were friends till 11-12th. We were very close friends. I remember seeing her for the first time. We went to Maneckji Cooper. It was on the basketball court that I saw her and I fell in love with her that day. That was it! She rejected me 3-4 times, but I didn’t give up hope.”

An image featuring Varun Dhawan along with his friends and family members has also made it to social media. The Badlapur actor looked debonair in a golden traditional outfit in the first image from his wedding venue.

Also Read: Varun Dhawan to fly off to Arunachal Pradesh to begin Bhediya with Kriti Sanon just after wedding