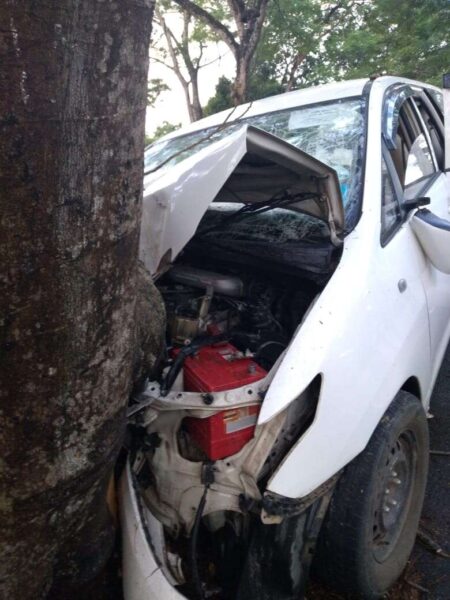 Guwahati, 19th October: At least four people were killed in a road accident in Assam’s North Lakhimpur district on Monday.

One more person was injured in the accident that took place at Dalhat Tiniali area near Naoboicha on National Highway 15 in North Lakhimpur district.

According to the reports, a speedy Innova car bearing registration number AS-01BR-0078 that was coming from Guwahati side hit a roadside tree and the driver of the vehicle died on spot.

Other four occupants of the vehicle who received severe injuries were rushed to hospital and three among them succumbed to their injuries.

The injured person is now treated at Lakhimpur civil hospital in serious condition.