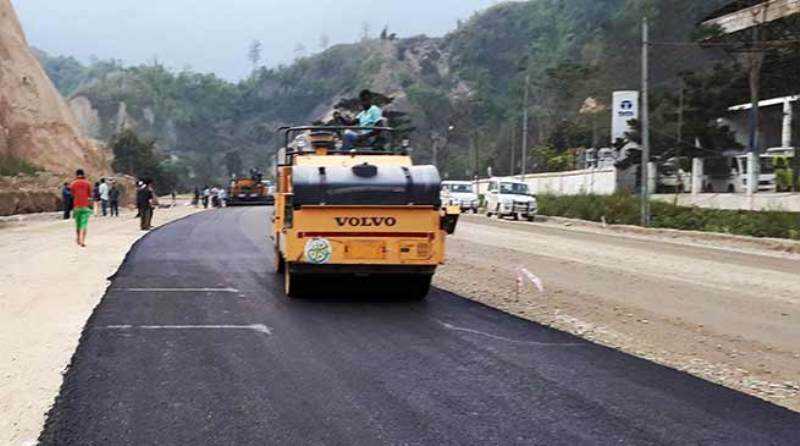 Arunachal, 3rd October: On 5th October 2016, the citizens of Arunachal witnessed the landmark development regarding the long-pending four-lane NH415 highway project connecting Itanagar to Banderdewa. This highway measured up to 31.5km as announced by the Union Minister, Ministry of Road Transport and Highways, in presence of the Chief Minister of Arunachal Pradesh and the public of the state.

The state government and NHIDCL were directed to continuously do the repair and the maintenance whilst the construction of the highway is ongoing. It was also planned by the central government to make roads more durable by doing away with bitumen and replacing it with concrete systems using advanced technologies, said a minister. It was assumed that this would ease the daily challenges of the citizens of Arunachal Pradesh.

The project was started in September 2017 and was targeted to be completed by September 2020, but due to the Covid-19 pandemic and the long-drawn-out monsoon, the progress of work suffered. However, the physical achievement reported, as on 1 September 2020, is 72.46 per cent. Formation-cutting has been completed throughout the stretch of the road, except for a small patch near the Shiv Mandir, which has been kept for filling up the culvert bridge in between the Shiv Mandir and the Dree ground.

Other works, such as protection walls, drains and cover drains, culverts and carpeting of the road will be taken up in earnest and completed during the coming work season. With the relaxation of the SOPs, the concessionaire is bringing in more labourers from nearby states to speed up the pace of work.

The state government has sanctioned Rs 82.85 crore for improving the capital’s roads and for repair and maintenance of the roads and bridges in and around the Itanagar capital region. The tender process for the purpose has been completed and the work will commence soon. The department has been directed to take up the work on a mission mode and adhere to the timeline. It was further decided that the work progress would be reviewed every fortnight.