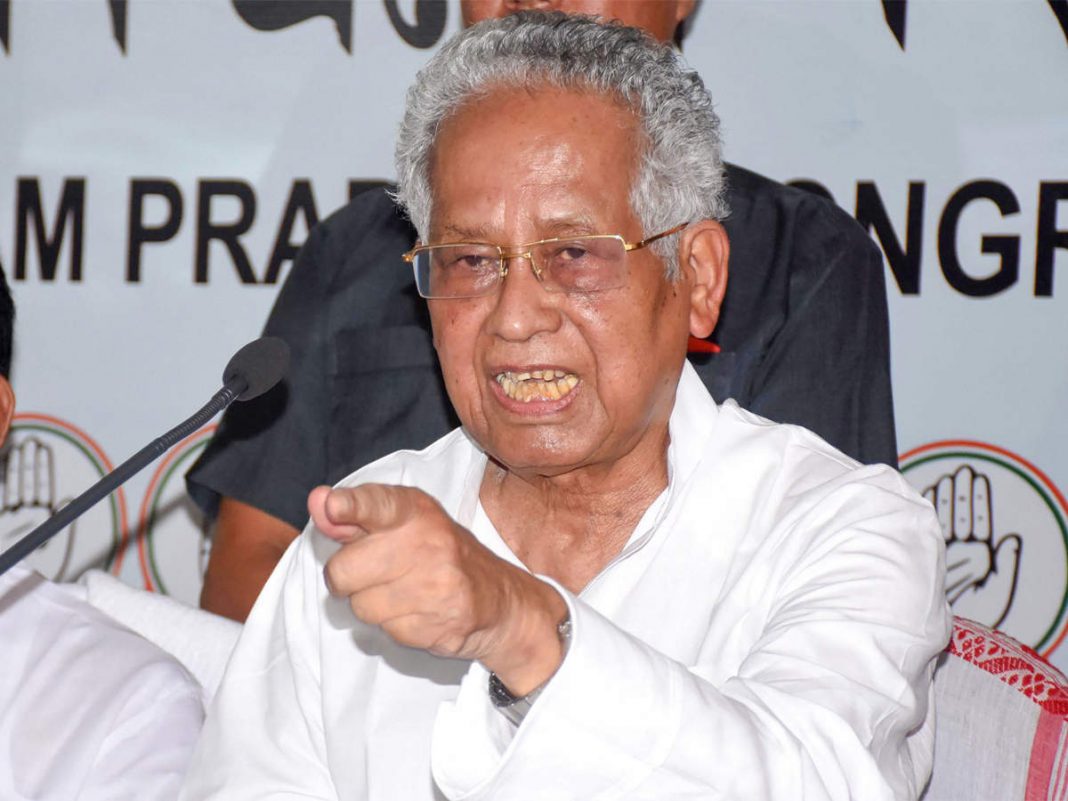 BJP and its leaders are the most power-hungry: Former Assam CM Tarun Gogoi

Guwahati, June 9: Hit out at BJP, former Assam Chief Minister and senior Congress leader Tarun Gogoi on Tuesday said that, they are the most power-hungry people and not concerned about the welfare of the common men, vulnerable people.

Reacting over the Union Home minister Amit Shah’s consecutive virtual rallies, Tarun Gogoi said that, when the entire country is fighting against the deadly novel Coronavirus, the BJP party and its leaders are now in election mood to capture only power.

“They are not concerned about the welfare of the common people, vulnerable sections, migrant workers. They are only concerned about their political game. It has exposed that they are narrow-minded, only interest to capture power. They are the most power-hungry people,” Gogoi said.

He further said that – “Instead of concentrating two fronts – health and reviving the economy, they (BJP) want to take full advantage and they are now in full election mood.”

“Today when the disease has been on the rise, he (PM Modi) is also lifting out the lockdown restrictions without any proper planning. But there is no other way, option. If you don’t give relaxation, then the people will be more suffered. So he was in a dilemma. The mistake he did it from the very beginning. It is very difficult to come out. That’s why he is facing all problems. He must have a proper planning,” Gogoi said.

Tarun Gogoi also said that Congress demands that, the centre should give Rs 10,000 to every poor family and also make planning for creating rural jobs.