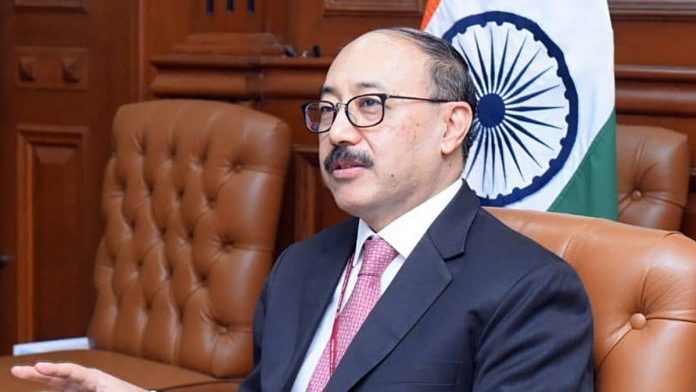 Northeast, September 13: Describing the Northeast states as a link between two fundamental pillars of India’s foreign policy – Neighbourhood First and Act East – foreign secretary Harsh Shringla said India was working with its neighbours and other friendly countries like Japan to improve infrastructure and connectivity in the region, while also facilitating greater regional integration.

Shringla also said, “We have a vision for this region that is captured in the 3 Cs – Connectivity, and Cultural Commonalities.”

He also added that India and Japan had taken up projects for economic modernization of the Northeast and regional connectivity.

Under this initiative, several projects in the area of connectivity, water and sanitation and forest management, including the Sikkim Biodiversity Conservation and Forest Management Project, are currently ongoing in different Northeast states. The top diplomat was addressing a gathering organized by ICFAI University, Sikkim.

On connectivity with Bangladesh, India was upgrading the infrastructure of Land Customs Stations for enabling smooth cross-border movement of goods people in India. A new inland waterways route connecting Tripura to Bangladesh was also operationalized recently with the first-ever export consignment from Bangladesh reaching Tripura through waterways.

While India is working on the Kaladan Multimodal Transit Transport Project in Myanmar, the foreign secretary said there was also progress in work in India-Myanmar-Thailand Trilateral Highway Project connecting the Northeast with Myanmar and Thailand. The first it will give the Northeast access to sea. The second will provide connectivity with East Asia. Two international entry/exit points were inauguration at Tamu-Moreh and Rih-Zowkhawthar to increase connectivity with Myanmar.

Shringla said a strong, stable and prosperous North East is key to building a self – reliant India. The Act East Policy of the Prime Minister provides an effective means to achieve it. The realization of this dream brings together various Ministries of the Government of India, as also the state governments, which are both implementing agencies and beneficiaries at ground level. The government will continue to focus on timely completion of infrastructure projects, such as roads, railway lines, port up-gradation, border check posts and trading points, both in Northeast and across the border.