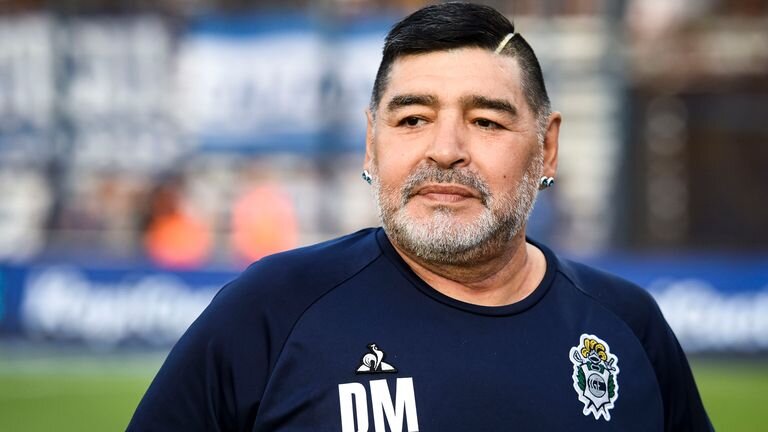 Argentine, 26th November: Diego Maradona, arguably the best soccer player ever whose wild swings in fortune came to personify the flux of his home nation Argentina, has died at age of 60.

Maradona suffered a heart attack in Tigre, Buenos Aires, after undergoing surgery to remove a blood clot from his brain earlier this month.

Maradona led Argentina to the 1986 World Cup and won league championships in Italy and at home, granting him the sort of iconic status normally reserved for war heroes. His scoring prowess and flair in slaloming past opponents vaulted him into the hall of soccer fame, but he struggled to cope with the adulation and his battles with addiction became regular global news.

Renowned along with Pele as one of the greatest players ever to play the game, the Argentine World Cup-winning captain died of a heart attack, having undergone brain surgery earlier this month, a member of his entourage said.

Maradona will forever be known for his “Hand of God” goal against England in the 1986 World Cup quarter-final in Mexico when he appeared to use his hand to push the ball into the net before later swerving through the English defenders for a memorable second goal that sealed the victory.

Maradona had been a “dear friend” and said he hoped they would “play together in the sky” one day, said Pele.

Gary Lineker, who was in the England team defeated in 1986, tweeted that Maradona was “arguably the greatest of all time” but made a reference to that infamous goal by adding: “After a blessed but troubled life, hopefully, he’ll finally find some comfort in the hands of God. #RipDiego”

Reports from Argentina that Diego Armando Maradona has died. By some distance the best player of my generation and arguably the greatest of all time. After a blessed but troubled life, hopefully he’ll finally find some comfort in the hands of God. #RipDiego

Lionel Messi, the Argentine considered one of the world’s greatest modern-day players, said Maradona was “eternal”.

The life of the divine footballing talent that was Diego Armando Maradona was marked by wild highs and lows, with Argentina and with club sides Boca Juniors, Barcelona, and Napoli.

Excesses with cocaine and alcohol had long taken their toll on the mercurial talent’s health. The former player underwent surgery earlier this month to remove a clot lodged between his brain and skull.

Maradona has been admitted to hospital three times in the last 20 years for serious health issues — two of which were potentially fatal — due to his drug and alcohol addictions.