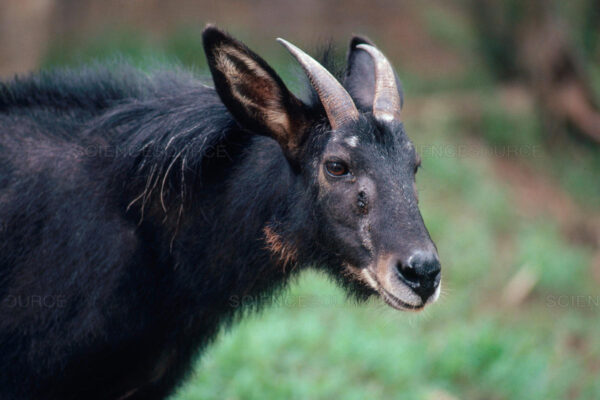 Assam, March 3: A Himalayan mammal, somewhere between a goat and an antelope, Himalayan serow has been confirmed as the newest creature to be spotted in Assam.

A couple of nature guides had spotted the Himalayan serow, a goat-antelope, in the 950-sq. km. Manas Tiger Reserve on December 3. The animal — a high-altitude dweller usually found 2,000-4,000 meters above sea level — was seen being chased by wild dogs.

“We have now confirmed the animal as the Himalayan serow, spotted close to the border with Bhutan in Manas’s Bansbari-Mathanguri forest. The sighting augurs well for the health of the tiger reserve,” Anindya Swargowari, additional principal chief conservator of the forest for areas under the Bodoland Territorial Council, said.

He said the serow has been spotted for the first time in the tiger reserve or anywhere else in Assam, but “this does not mean the animal never visited our forests before”.

According to Swargowari, the sightings of rare animals and birds in Manas is an outcome of better access to remote parts of the protected area where extremists and hunters once ruled.

“There are chances of more faunal species, found in the higher reaches, being spotted in the park.”

The Reserve is contiguous with the 1,057-sq. km. Royal Manas National Park in Bhutan.

After the serow, a medium-sized mammal with a large head, long and coarse hair and mule-like ears, the black-necked crane was sighted in Manas.

A pair of each of such cranes were sighted on January 10 and February 18. The Buddhists revere the bird that nests in the Tawang region.

Officials in Manas said the critically endangered white-bellied hero was also seen a few weeks ago in the Latajhar area of the park.

In February, birders had sighted the colourful Mandarin duck in the Maguri-Motapung wetland near eastern Assam’s Dibru-Saikhowa National Park. This duck was last spotted in Assam 118 years ago.