Home India Fire breaks out at Serum Institute of India in Pune; 5 dead 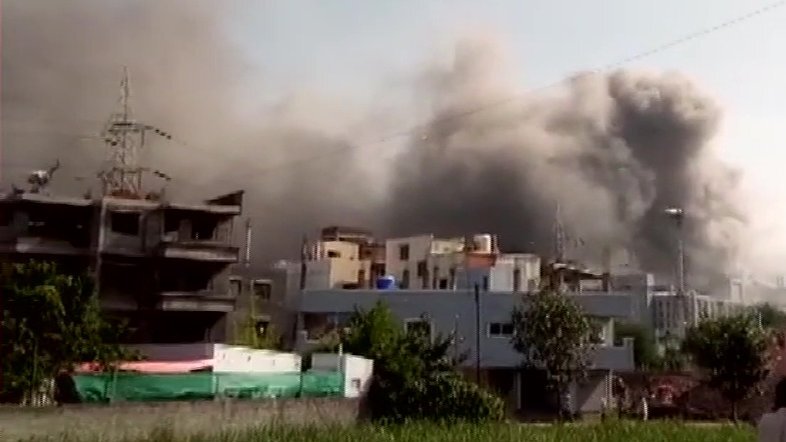 Several fire tenders were rushed to the spot and emergency services were pressed into action. However, reports now confirm that five people have lost their lives in the fire today. Adar Poonawala, CEO of Serum Institute has expressed grief over the loss of lives. Poonawala however, confirmed that the work-related to Covishield manufacturing won’t be affected.

The fire was reported on the fifth floor of SII’s Manjri plant, which produces coronavirus vaccine Covishield and other vaccines, fire department officials said.

According to the source, Oxford-AstraZeneca’s Covishield vaccine against coronavirus is being manufactured by the Serum Institute in India. The production of Covishiled, however, was not being carried out at the SII building where a major fire broke out on Thursday.

Pune’s Mayor Murlidhar Mohol said a call was received at 2.50 pm following which 10 fire tenders and at least two extra tankers were rushed to the spot.

The cause of the fire is being investigated, said fire brigade officials. The plant produces multiple vaccines along with Covishield. It is being reported that a fire at the SII facility occurred in an under-construction building. According to the latest updates, at least 10 fire tenders have been rushed to the spot.

PM Modi to launch several projects on completing 3 years in...