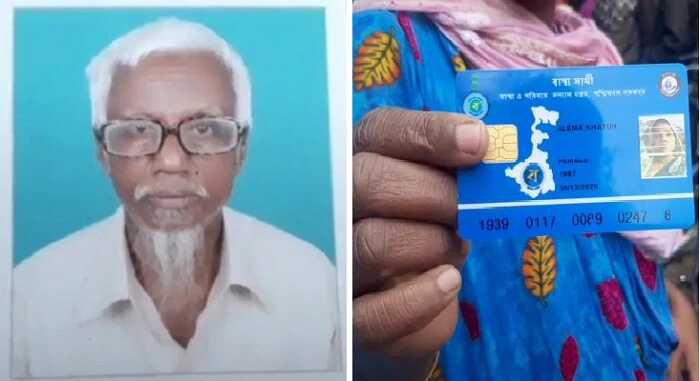 Jan 19: An 82 years old patient got a new lease of life after receiving the Swasthya Sathi card in just 3 hours after applying for the same in a Duare Sarkar camp at Nadia district.

It was Chief Minister Mamata Banerjee’s brainchild to introduce the country’s biggest outreach drive – Duare Sarkar – to help people get benefits of a dozen state-run schemes at their doorsteps.

The patient was inside the operation theatre and orthopaedic surgery was going on. On the other hand, the family member applied for the same and got that before the operation was successfully operated by the doctors in Kolkata.

Basudeb Saha, a businessman from Nabadwip of Nadia the district is very happy to be able to get his father’s treatment for absolutely free at a private multi-speciality hospital at EM Bypass in Kolkata.

82-years-old Kalipada Saha, a resident of Navadwip, got the injuries in his waist a year ago. The doctor revealed that the fracture was in the right femur ball near his hip joint and said that the artificial femur ball has to be replaced in the body by surgery. This treatment is quite expensive in any private hospital in Kolkata. Doctors also said that a critical care unit may be needed to handle the situation if the elderly patient’s physical condition deteriorates after surgery due to his age.

Any good private multi-speciality hospital in the city costs around Rs 25,000 per day for CCU.  As a result, the total cost of investigation, surgery, and treatment are around Three Lakhs. After this, the family decided to enrol their name in Swasthya Sathi project to cover the cost of the hospital.  But the next day, the doctors finalized the date of the patient’s surgery. Therefore, in this situation, the family was confused about how it is possible to get a smart card by registering in the project within a day.

The tense family approached the Nadia district administration to get the Swasthya Sathi card. On behalf of the administration, BDO Barunashish Sarkar of Nabadwip block contacted the patient’s family at the midnight. He assured me that the smart card would be handed over to the family as soon as possible on an emergency basis.

The next day, under the direction of the district magistrate, work was going on in the administrative quarters. BDO Barunashish Sarkar of Nabadwip block completed all the government processes at the block level by collecting all the documents and forms from the patient’s family. Within minutes, special permission came from the health department of the state government. Until then, however, the old man is undergoing surgery in the operating theatre of the private hospital in Kolkata.

Family sources claim that the card was handed over to the family just five minutes before the end of the patient’s surgery. However, the patient’s family was very sceptical about the percentage of the total expenditure on the hospital bill which would be allocated from the health department.

As per the hospital authority, the treatment was completely free.

Basudeb Saha, son of the elderly patient said, “We did not have to pay a single penny at the hospital. The full cost of the treatment was found under the project, we were given 200 rupees by the government. We also received five days of free medicine from the hospital.”

Nadia District Magistrate Partha Ghosh said, “We always try our best to ensure that all government projects are delivered to every citizen quickly. This is just one of our efforts. We are also happy to be by the side of the patient’s family in times of emergency.”

According to Swasthya Bhavan, this is not the first such incident in the state. On basis of the patient’s condition, the state government has already issued Swasthya Sathi cards to many people on an emergency basis.