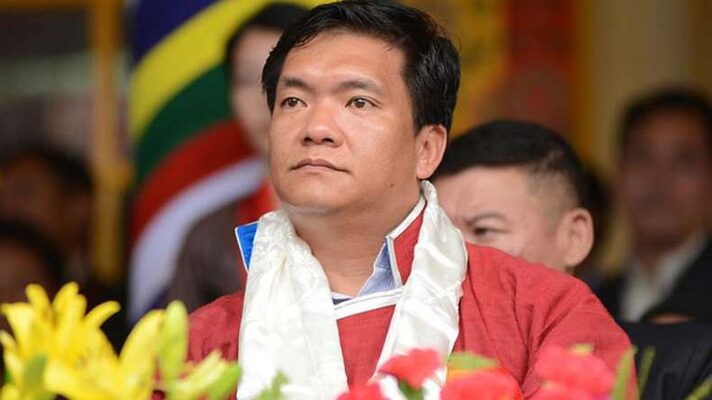 The EKSWCO team was headed by its chairman Bharat Sonam, who was accompanied by Arunachal Publishers and Broadcasters president Chopa Cheda, who is also the media advisor to the EKSWCO, and other members.

The EKSWCO stated that the slow pace of work has disheartened the people of 6 circles from 8-Bameng and 9-Chayantajo assembly constituencies with no proper road connectivity till date.

The EKSWCO informed the chief minister that the road from Seppa to Chayang Tajo, whose construction began in 2008 under NEC fund, implemented by the PWD and executed by the Gammon India Ltd, is yet to be completed despite revised funding from the NEC.

The EKSWCO chairman Bharat Sonam in a statement also said that there should be proper investigation by the SIC on the contentious 81-km-long Seppa-Chayang Tajo road. The construction of the road began way back in the year 2008 with an amount of Rs 172 crore and is yet to be completed, he added.

EKSWCO requested the CM to allocate Rs 1 crore fund for the welcome gate at the trijunction of the Seppa-Sagalee-Bomdila road as part of town beautification in Seppa.

The EKSWCO further requested the chief minister to provide a budget allocation of Rs 1.5 crore in the current financial year for revival of the ‘Kameng River Festival, 2021’.

It said that the festival is a medium to showcase the rich tradition, culture and biodiversity of the five different tribes of East Kameng district to the world.

The chief minister responded positively, and assured to look into the issues raised by the EKSWCO.