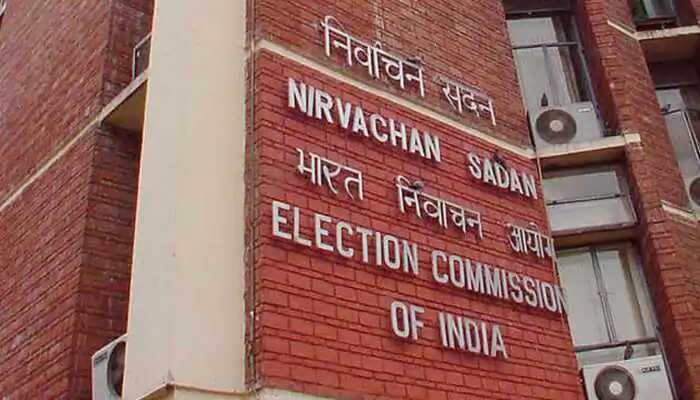 Election, Feb 26: The Election Commission will announce the dates for assembly elections in West Bengal, Puducherry, Kerala, Tamil Nadu, and Assam at 4.30 pm on Friday.

The terms of the legislative assemblies of the four states are coming to an end in May and June. After the Bihar assembly elections, which were held in November 2020, elections to these states will also be held amid the coronavirus pandemic. The poll body is expected to implement a similar protocol for voting.

In Puducherry, President’s Rule has been imposed and the assembly kept under suspended animation after the V Narayanasamy-led Congress government resigned earlier this week ahead of a vote of confidence.

In Bengal, companies of central security forces began arriving this week, ahead of the Assembly elections. It was reported that by February 25, at least 125 companies will arrive in the state to maintain law and order during the election campaign.

On Monday, the Election Commission said the dispatch of central police forces to West Bengal was done as part of a routine exercise and wasn’t limited to one state.

Companies of central forces were sent to each of the four poll-bound states, including Assam, Kerala, and Tamil Nadu, the EC said.

The Commission’s statement comes a day after the Trinamool Congress, reacting to the presence of Central Armed Police Forces (CAPF) in West Bengal, accused the BJP of “treating polls as war, and not elections”.

The Commission said the CAPF is routinely sent for “advance area domination, especially in the critical and vulnerable sectors which are identified by meticulous advance reviews and concrete feedback from various sources including political parties and entities”. This established practice dates back to the 1980s, it said.

In Tamil Nadu, keen to wrest power from the ruling AIADMK in the forthcoming elections, the DMK has started distributing application forms seeking aspirants wishing to contest the polls on the party’s symbol –the ‘rising sun’.

The process of handing out application forms has been underway since February 17.