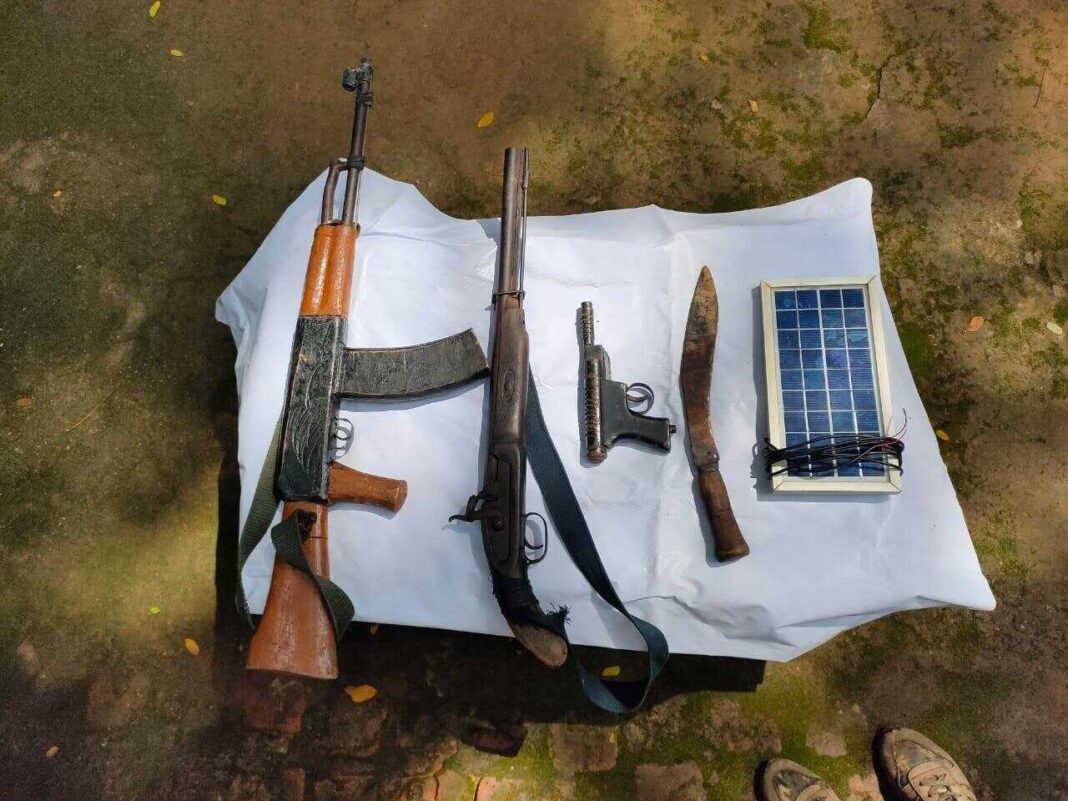 Meghalaya, September 16: Bronson Momin who was the main kingpin behind kidnapping of Rintu Marak from Rengdim, East Garo Hills last July, 2020 escaped from police raids at Rongjeng. His gang members were all apprehended from Rongjeng and Rongmil areas.

On the September 15 reliable source information was received about his movement in Gabil koksi area and operation was launched on Wednesday.

Bronson momin was apprehended in the raid and operation team seized one AK 47 (Dummy), One SBBL shotgun, One Air pistol, One kukri (knife), One mini solar panel.

They have been brought to Rongjeng Police Station and officially handed over to West khaki Hills District police for further investigation.