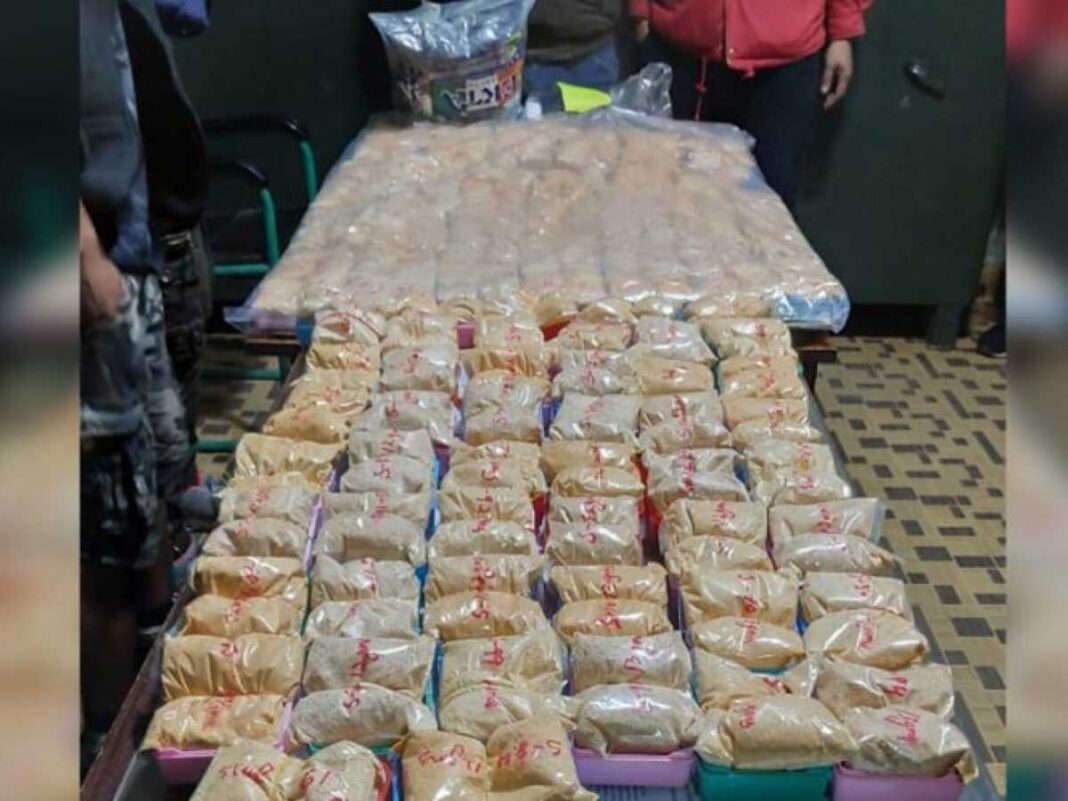 Aizawl, September 3: It was declared on Thursday that at least 45 people have died due to drug abuse in Mizoram between January and August this year. 4 of them are women and heroin has been recorded as the main killer drug according to what an official said on Thursday.

Excise and Narcotics Department Assistant Commissioner Peter Zohmingthanga reported to PTI that 55 people, including 13 women, died due to drug abuse in 2019. Most of the drugs, especially heroin, were smuggled from Myanmar.

Mizoram lying between Myanmar and Bangladesh, has been grappling with drug abuse. The state shares an international border of 722 km with them. The first case of death of a heroin user was reported in 1984.

Around 80 per cent of those died of drug abuse this year were addicted to heroin, he said. Until 2015, spasmo proxyvon, which is used as a pain- killer, had caused maximum drug-related deaths in the state.

With an increasing supply of heroin from Myanmar and neighbouring states, it has become the main killer drug, the official said.

The Excise and Narcotics Department data showed at least 1,624 people have died due to drug abuse since 1984. 191 of them are women.

Zoemingthanga reported that the state government has been taking several measures to curb the menace. He also mentioned that to prevent the spread of the coronavirus disease, international and interstate borders have been sealed since March, which has considerably reduced drug and alcohol supplies. The excise department has also launched a massive anti-drug campaign this year. The department had on Monday seized 69 grams of heroin and arrested four persons in this connection, he added.