Home Assam Massive improvement in the flood situation in Assam 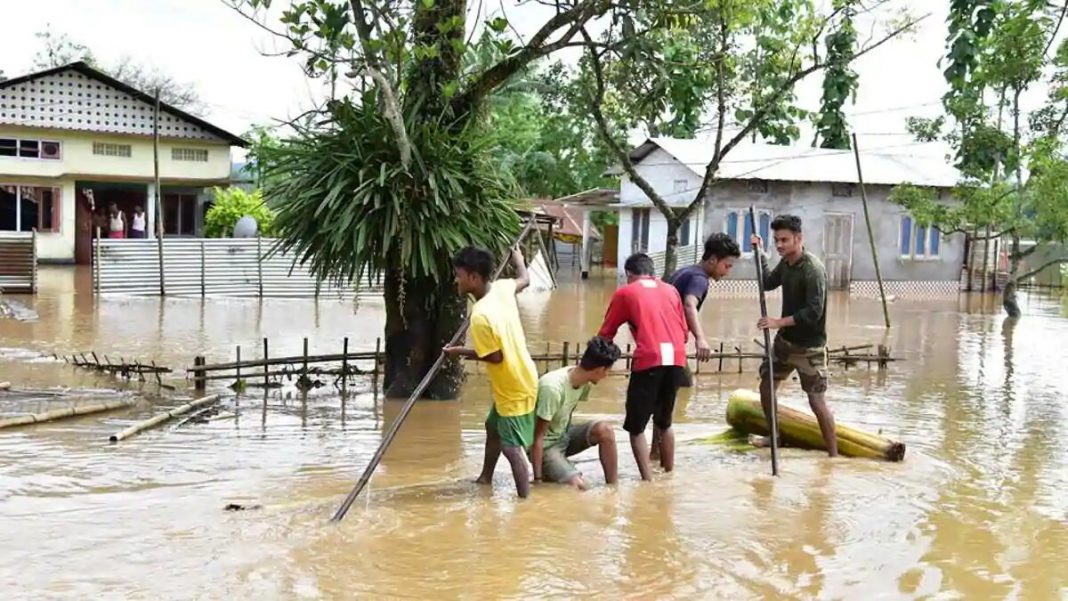 Guwahati, July 7: The flood situation in Assam has improved continuously and the water level of all major rivers in the state is decreasing.

On Tuesday, one person lost his life in the deluge in Dhemaji district taking the death toll to 39.

According to the Assam State Disaster Management Authority (ASDMA), one person drowned floodwaters in Dhemaji district.

Following six consecutive days of sunshine, the water level of all major rivers in the state is receding and the flood-affected people have also reduced.

Nearly 2 lakh people of 13 districts are still affected in the current wave of floods.

The ASDMA flood report said that 19,886 hectares of croplands of 348 villages are still underwater and 1673 flood-hit people are in 33 relief camps in Chirang, Barpeta, Golaghat, Sivasagar and Tinsukia districts.

However, the flood situation in Assam may turn grim after the Indian Meteorological Department has warned of heavy rainfall at isolated places in Assam and other neighbouring states in the next four days.