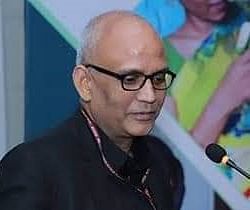 Imphal, August 1: 1988-batch IAS officer Dr Rajesh Kumar on Saturday has been appointed as the new Chief Secretary of Manipur.

The senior IAS officer is currently serving as the Additional Chief Secretary (finance) of the state.

In an order, Manipur Governor Najma Heptulla said that, Dr Rajesh Kumar will hold the charge of Chief Sec. of Manipur with immediate effect until further orders in the public interest.

Various organizations including few student organizations of Manipur had demanded an appointment of native IAS officers for the topmost post of the state.

Suresh Babu had served the position since 2018.