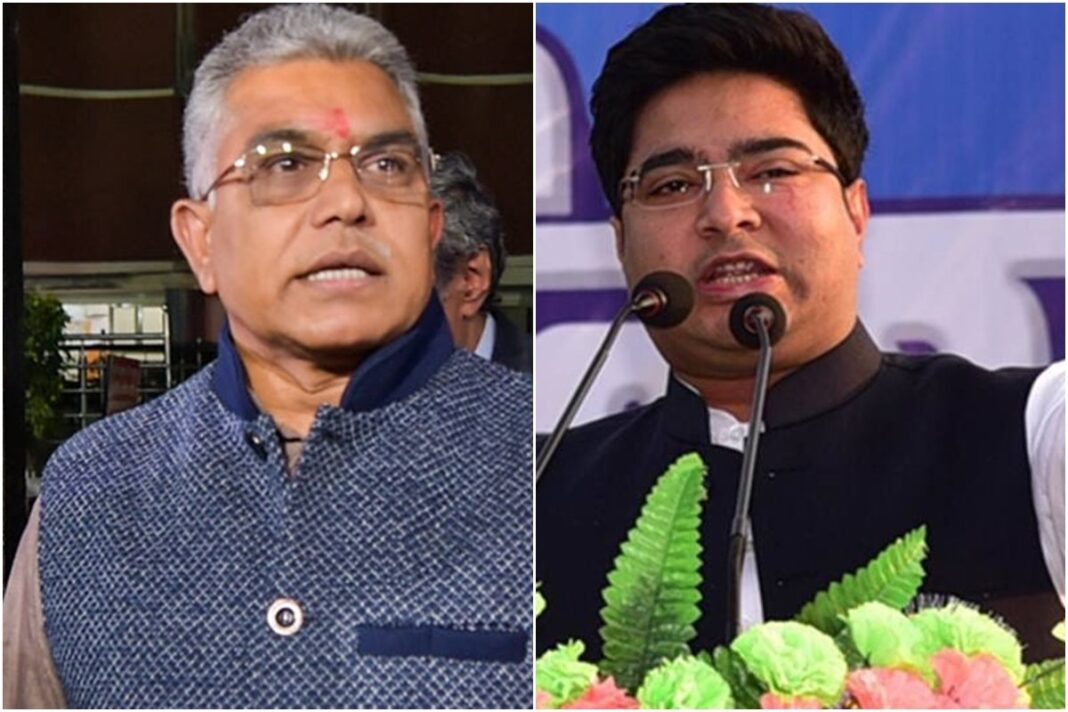 Bengal, 30th November: BJP State President Dilip Gosh, responding to Abhishek Banerjee ‘Gunda’ barb, said it was a sign of TMC getting scared and that the party was weakening.

Dilip Ghosh went to attend the ‘Chai par Charcha‘ program in Hanuman Temple at Dumdum Road of Kolkata on Monday morning. He was welcome on a chariot by the supporter.

Ghosh said, “In the Panchayat election, we all saw that who the “Gunda” is. Not only Gunda, but he also called me “Mafia” as well. His house cost Rs 7 crore and I stay in a normal building. You can understand who “Mafia” is. 25 cars were there in his convoy. His frustration has gone to another level that is why he has to shout on road. What’s wrong with ‘bhaipo’? I called him ‘Bhaipo’ with due respect. In Delhi, Yuvraj called “Pappu” will you be okay with Pappu? I am not saying ‘Bhaipo‘. I am saying ‘Khokababu‘.”

Ghosh allege that TMC has forcefully removed the common people from Kalighat to build their own private property.

“He came to politics with support and still he supports then he must fight. Workers who scarify their life are on-road and standing in front of their house. Now he became the MP with the support. What’s wrong with this? People know everything. There is nothing to shout on. People are watching and observing their activity in 10 years. Private property has been made in Kalighat. Common people have been forced to shift from there,” Ghosh added.

BJP is planning to take action against TMC MP Abhishek Banerjee over his remark.

“And I have been claimed as Mafia and Guda? If this is called Gunda then yes I am working as a gangster for common people. I have just started my work for the benefit of people. It’s just a beginning, many things are there to see. Our lawyer is looking after the matter. But people have to think before using these terms in a public meeting. If they think that they are the owner after being elected, then you must remember that people can elect and they can take the power from your hand,” Ghosh further added.