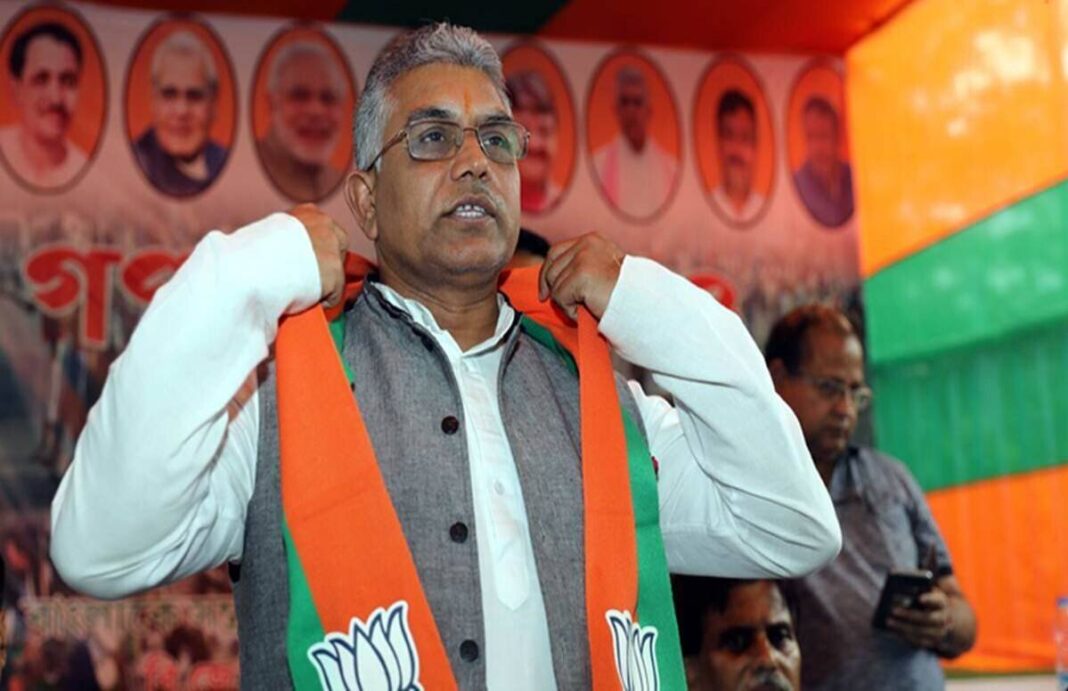 West Bengal, 22nd November: West Bengal BJP president Dilip Ghosh hit out at the ruling TMC for its politics of “insiders and outsiders” and said it was creating suspicion about the state in the mind of fellow countrymen.

“Everyone who is ruling over whom. In Bengal, no one can hold a single public meeting. Police will immediately take action against him. There is no democracy in the state nor any political rights for anyone. The person who snatches others’ rights, cant allege this. Lakhs of Bengal people are staying outside the Bengal but here people from other states are said to be outsiders,” said Dilip Ghosh.

The TMC’s “narrow politics” of asking people to resist outsiders is creating problems for the Bengalis working in other states, he claimed.

Ghosh slams the state government over choosing Shah Rukh Khan (SRK) as the brand ambassador of Bengal rather than Soumitra Chatterjee.

“Shah Rukh Khan is the brand ambassador of Bengal, but the legendary actor Soumitra Chatterjee didn’t get the opportunity. Why ‘DIDI’ doesn’t choose our own Bengali actor? Shah Rukh Khan has been chosen by his considering religion? The people of Bengal have already understood the policy of TMC,” said West Bengal BJP president.

BJP state president also claims that he would emulate Gujarat’s growth model in Bengal and no one can stop him.

“No one has the capacity to create a riot in Gujrat. Forget about 2002, how many riots happen here in Bengal in the last 10 years. Bengal will be the next Gujrat, no one can stop me,” Dilip Ghosh added.

Highest in a single day; 10 dies of COVID in Manipur