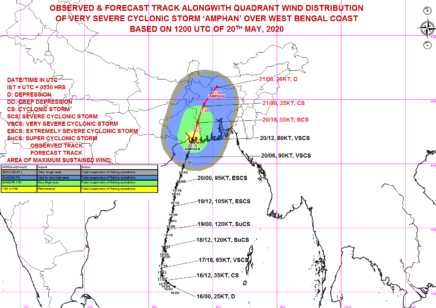 May 21, 2020: Cyclone Amphan devastates Bengal. Super cyclonic storm has devastated Bengal. Its landfall commenced around 2.30 PM on the Digha coast in West Bengal’s East Midnapore district. Crossing the Bengal-Bangladesh coasts between Digha and Hatiya Islands (in Bangladesh) it went across the Sundarbans towards Kolkata.

Monitoring the situation from the Emergency Operation Centre at Nabanna which houses the State Secretariat, Chief Minister Mamata Banerjee said, “Few areas have been affected particularly. All connections have been lost. It’ll take 3-4 days to get a view of the actual scenario…We never thought that such could’ve happened… The loss is too huge.” 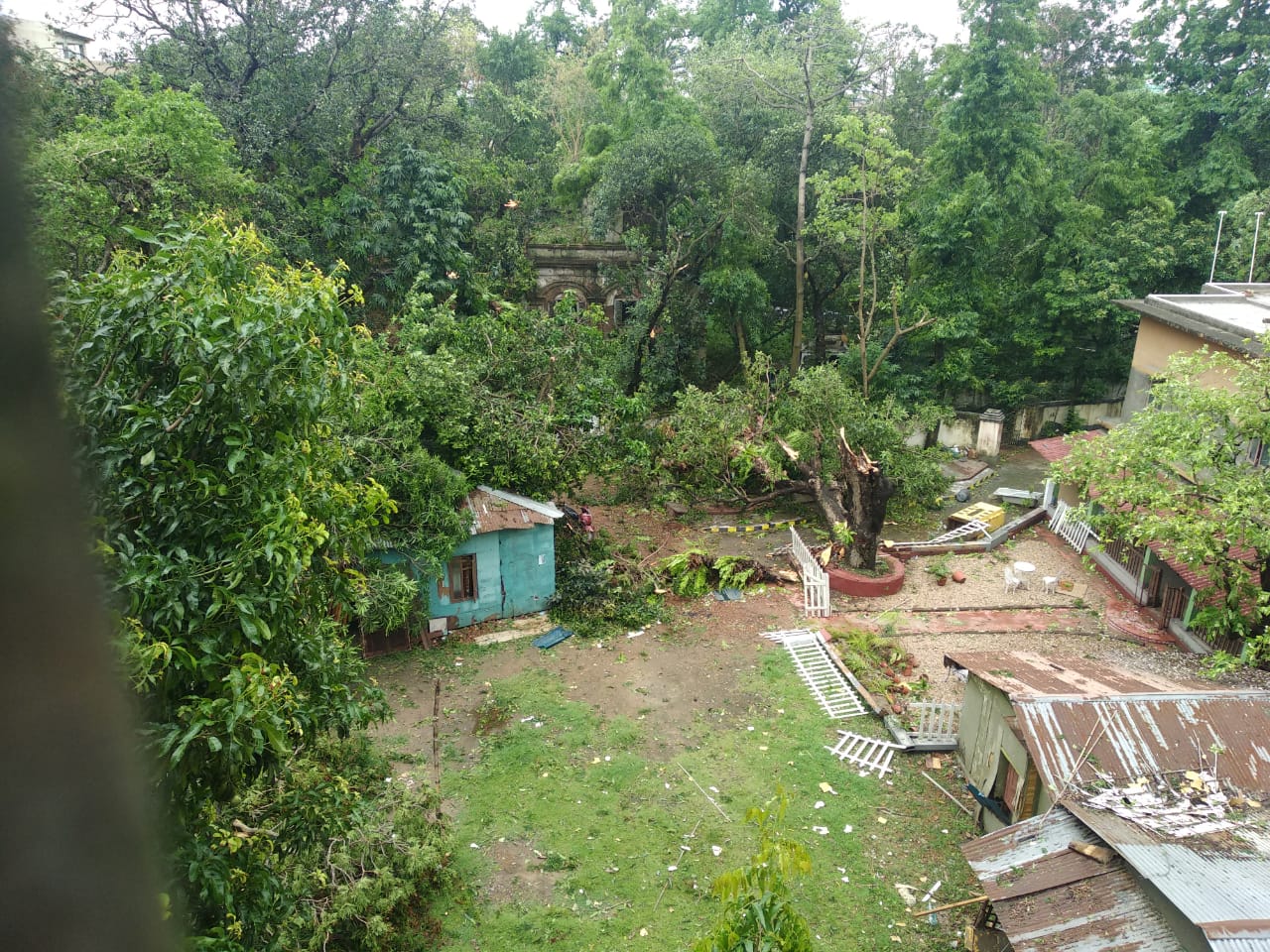 More than 5 lakh people had been evacuated from North and South 24 Parganas, Midnapore, parts of Bardhaman, and Kolkata to cyclone relief shelters.

However, North and South 24 Parganas districts have been destroyed, the Chief Minister said. Rivers, embankments, bridges, roads, buildings, fields, everything is destroyed. About 10-12 people have died from trees uprooting. Digha too has undergone heavy damages.

Electricity supplies got disconnected. Trees, electric poles uprooted and collapsed. Many kutcha houses have been completely demolished in several areas.

In Kolkata too, the effect of the devastating storm was such that it will continue to haunt the people for several years to come. With a wind speed of around 125 to 130 KMPH, the cyclone several trees got uprooted, electricity disconnected, all communications failed. Several parts of the city remained waterlogged.

However, rescue operations have started since the 20th night.