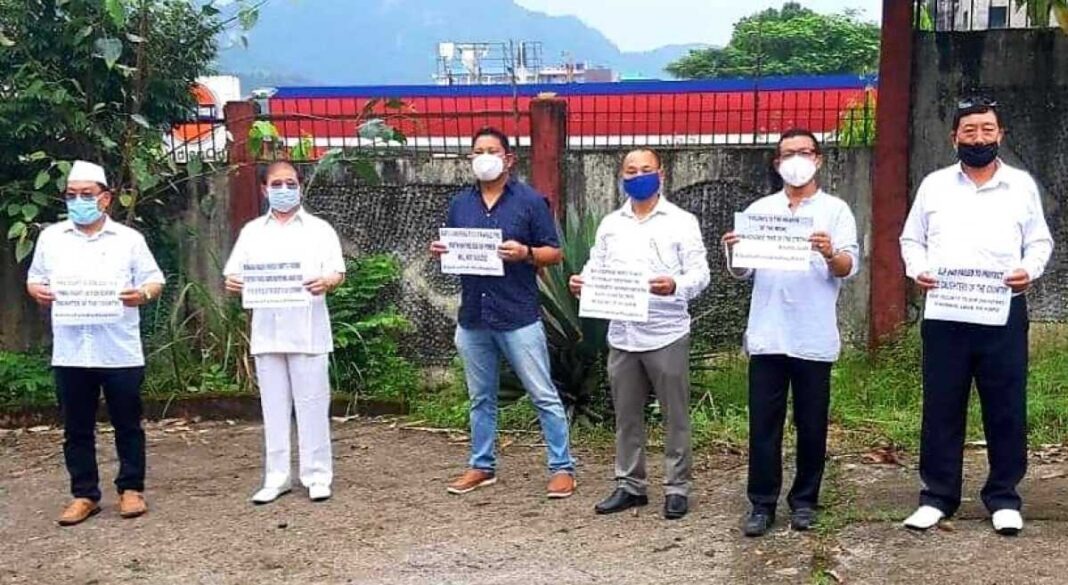 Arunachal, 3rd October: The birth anniversary of the Father of the Nation, Gandhi Jayanti was celebrated in a unique way in Arunachal Pradesh. The Arunachal Pradesh Congress Committee (APCC) on Friday observed the birth anniversary of Mahatma Gandhi and former PM Lal Bahadur Shastri as ‘Kisan-Mazdoor Bachao Divas’ (Save Farmers and Farm Labourers Day). The programme was held at the Rajiv Gandhi Bhawan in Itanagar and it started with a floral tribute to the eminent men.

The programme was attended by many, including former Chief Minister and APCC president Nabam Tuki, vice-president Bosiram Siram and general secretaries Mina Toko and Chera Taya. They commemorated the contributions of the two leaders towards nation-building. They claimed that the Congress party has also supported the farmers in opposing the three anti-farmer bills that were recently passed and they promised to continue supporting them until the bills are reviewed, revoked and repealed.

Earlier on the day of Gandhi Jayanti, the Congress leaders and workers from the state gathered at the Rajiv Gandhi Bhawan and protested the mishandling and arrest of former party president Rahul Gandhi by the UP police. Rahul Gandhi was on his way to meet the family of the Hathras gang-rape victim when the incident occurred. “The girl’s death on Tuesday and forceful last rites by the UP police have shocked the nation. The BJP’s bid to suppress the truth will not succeed as they have failed to protect the daughters of the country,” said a leader. “Congress has a history of facing sticks and bullets and nothing can stop it from fighting injustice“, they added. The APCC also address their displeasure with the UP government for the “total break down of law and order and rising cases of crime against women and demanded the resignation of Chief Minister Yogi Adityanath for his total failure to ensure the safety of women.“