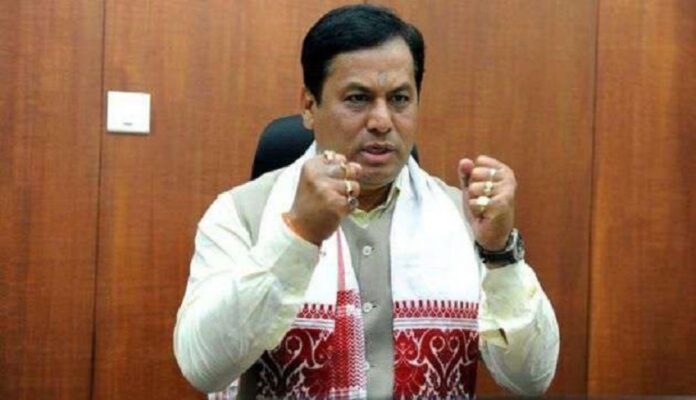 In the same program, Sonowal also distributed solar lights, water filters, and agricultural tools under some schemes implemented by Scheduled Caste Board to the beneficiaries.

Speaking on the occasion organized to inaugurate RE-SVAYEM in Majuli, Chief Minister Sonowal said that the State government has launched the scheme in a move to empower the youths of the district to create rightfully vocations for them.

By making good use of the scheme, the youths will have to set the right examples of being self-reliant. Referring to Prime Minister Narendra Modi’s Atmanirbhar Bharat, Sonowal said that to imbibe the feeling of self-dignity, one has to become self-reliant.

Sonowal also said that under the 15th Finance Commission for the construction of roads and embankments in Majuli, the Commission granted Rs. 1095 crore for Majuli. Stating that a host of activities were already undertaken for the inauguration of works of the bridge connecting Jorhat and Majuli, Sonowal announced that the construction of Jorhat-Majuli would start by February 20.

The Chief Minister on behalf of the people of Assam also expressed his gratitude to Prime Minister Narendra Modi for earmarking Rs. 34 thousand crores for the development of Assam which is so far the highest allocation in the Union Budget.

Stating that unity is strength, Sonowal called upon the people to work together to make the state strong. He said that only the BJP led government in the state took steps to promote and protect the language, literature, and culture of all sections of the people of the state. Under Bhasha Gaurav Scheme financial grants were given to 21 xahitya xabhas. Similarly, the Botodroba Than will be built in line with the Golden Temple of Amritsar.

CM Sonowal also said that under Chief Minister Grammya Unnayan Yojana, tractors were distributed in all 26 thousand villages for the welfare of 58 lakh farmers of the state. Moreover, financial grants were given to 2.60 lakh women under Kanaklata Mahila Sabalikaran Achoni, the Chief Minister added. Stating that the newly formed political parties only created confusion among the people, Sonowal gave a brief snapshot of all the steps that the State government has taken for the welfare of all sections of the people.

Member of Parliament Pradan Baruah spoke on the occasion which was also attended among others by Padmashri Gopiram Bargayan Burabhakat, President Assam Cricket Association Ramen Dutta, Vice-Chairperson ARTFED Rupa Kamang, Chairperson Majuli Zila Parishad PapuHaharika Duttaand a host of others. It may be noted that 1600 beneficiaries from 222 SHGs were identified for RE-SVAYEM.