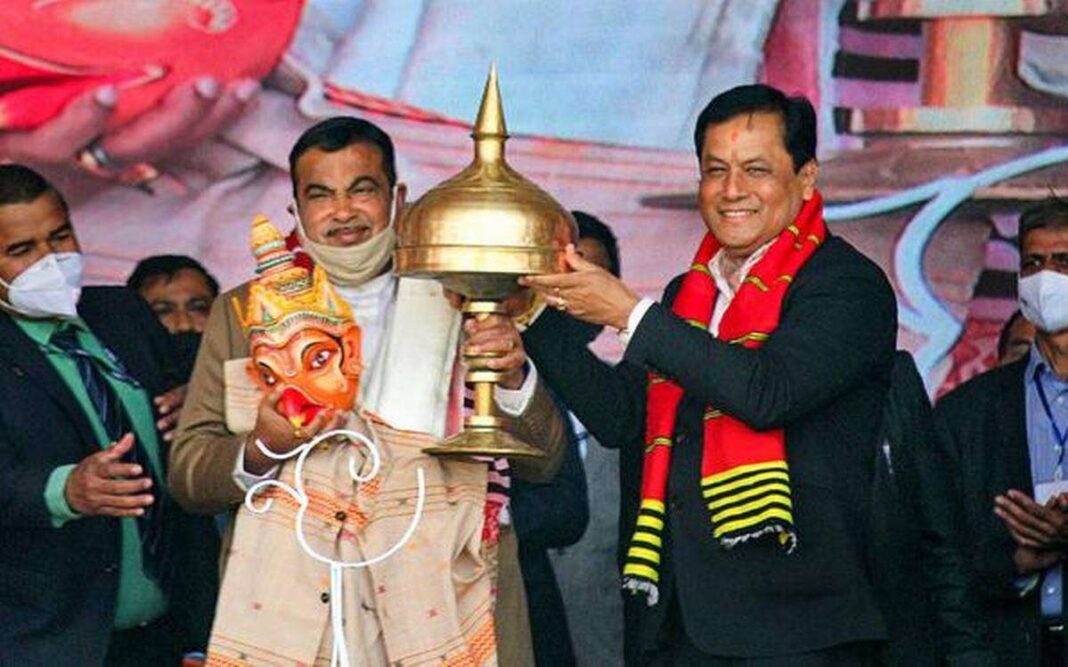 In a bid to improve preparedness for disaster and rescue operations, Sonowal also launched an emergency speed boat and five pump-operated rubber boats of the district authorities.

He also dedicated the 100-bed Sri Pitambardev Goswami hospital to the state at Garamur area in the district, besides a veterinary boat ambulance at Kamalabari Ghat.

Later in the day, Sonowal inaugurated a new branch of Punjab National Bank along with an ATM at Phulani in the district.

Speaking at a meeting held on the occasion, he said it was a very significant day for Majuli as several state government initiatives and projects aimed at benefiting the people were made operational in the district.

In a separate function, the Chief Minister rolled out ‘Sahodar 2020-21’, a cultural exchange programme of different ethnic communities of the state, at Jengraimukh.

The programme was organised by the State Level Advisory Board for Sports and Youth Welfare and representatives from 39 ethnic communities of the state participated in it.

Sonowal laid the foundation of a three-storeyed pavilion of the Tinsukia District Association at Kachujan field and a football academy at the Mahakali tea garden area.

He also inaugurated a modern Cultural Centre at Bordoloi Nagar and a truck terminus at Laipuli, involving an outlay of ₹7.98 crore.