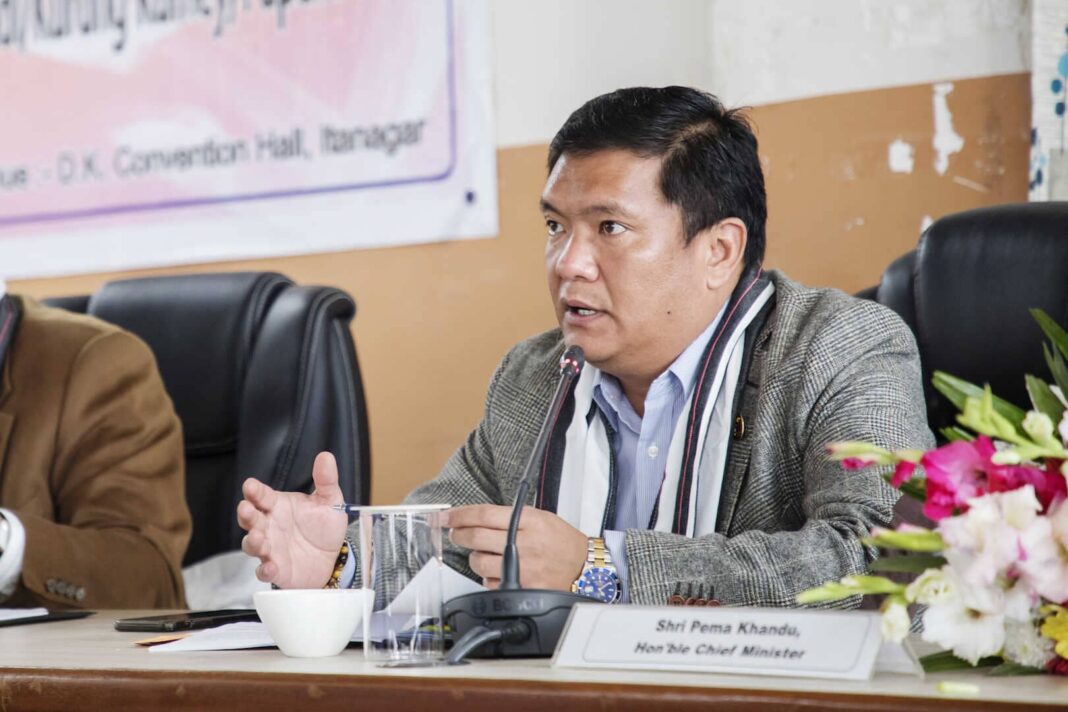 Arunachal, Feb 4: Arunachal Pradesh CM Pema Khandu on Tuesday said that the Union budget this year has provided a major boost towards infrastructure development to which the State will also be a part.

Chairing the regional pre-budget consultative meeting here, organized by the Department of Finance, planning, and investment, Khandu expressed concern over the poor ‘absorption capacity‘ of the government departments that impede in fully utilizing the funds provided by the Centre.

He urged the government officials to get trained and be motivated to perform. To enhance growth and development, CM Pema Khandu stressed on adopting the policy of convergence of schemes.

He called for a paradigm shift in the way development is planned to move away from expenditure-oriented projects to outcome-oriented works. He also suggested that the ‘Clean Itanagar‘ mission be taken up and schemes dovetailed and converged for an effective outcome.

To boost the performance of various Centrally sponsored schemes (CSS) in the State, the Chief Minister urged the departments to achieve the target of implementing schemes worth Rs 5000 crore in the State.

“The 600 MW Kameng hydro project has been commissioned with work on 2880 MW Dibang and 1750 MW Lower Demwe projects to start soon. By the year 2022, the 2000 MW Lower Subansiri project will also see its completion,” said Khandu.

Earlier, speaking on the occasion, Deputy Chief Minister Chowna Mein said that the annual budget is the most important document to accelerate and formulate a people-friendly, realistic, and need-based budget reflecting the aspirations and hopes of the people of respective districts.

“Despite the challenges faced due to the COVID-19 pandemic, the State government has continued to carry forward core developmental activities and ensured timely release of salaries, wages of government employees including pensions to pensioners,” said Mein, who also holds the finance, planning, and investment portfolios.

The earlier regional consultative meetings were held in Namsai and Pasighat with the next one to be held in Bomdila on February 4. Also present in the meeting were Home Minister Bamang Felix, Education Minister TabaTedir, Agriculture Minister TageTaki, MLAs, Chief Secretary, Commissioner (Planning) and other dignitaries.