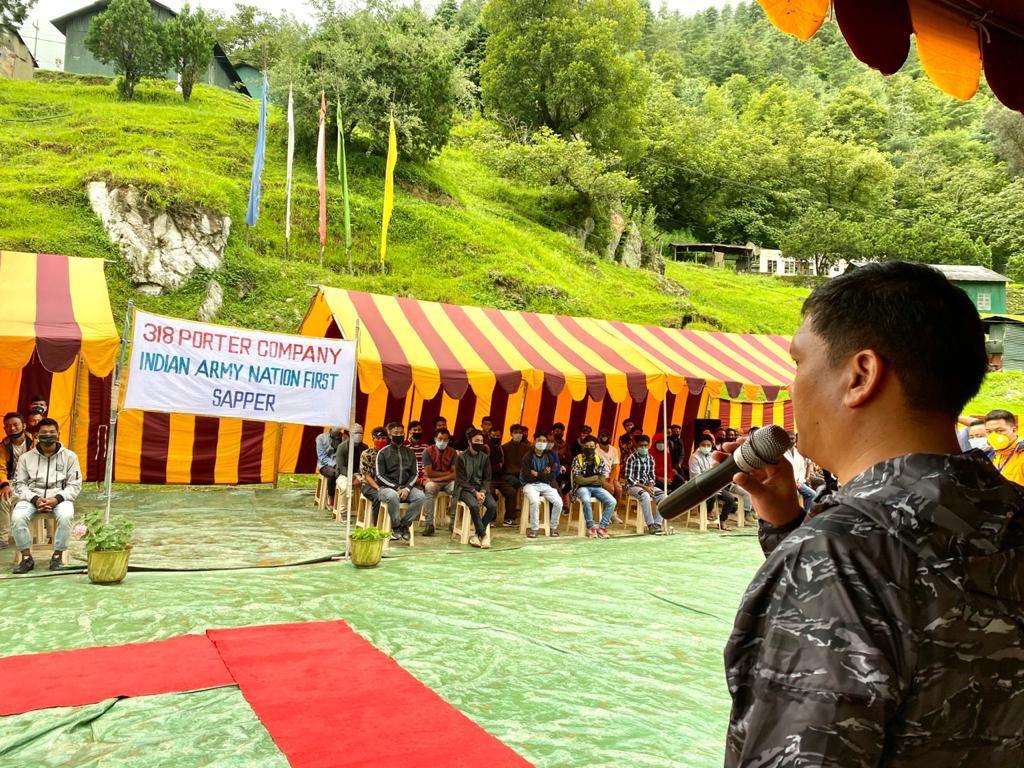 The Chief Minister of Arunachal Pradesh, Pema Khandu on Friday, attended the Porter Raising Programme at Sapper in the state’s  West Kameng district hosted by the 22nd Mahar Regiment of the Indian Army.

Hundreds of youngsters took part in the recruitment event from across the state.

Addressing hundreds of youth gathered at Sapper he said, “This is a great time for our unemployed youths to showcase their unflinching patriotism by working alongside the brave Indian Army. This opportunity offers you not only employment but also the best chance to serve the nation.“

At a time when border tensions between India and China are snowballing especially after the Galwan Valley clash in Ladakh on June 15, this comes as a significant event.

The Indian Army has announced that it will raise three porter companies with a total of 1800 male members in the Kameng sector within this month.

Khandu took to the occasion to praise the Indian Army for their immense courage and determination to safeguard the country’s borders in extremely difficult terrains and weather conditions as in the Himalayan state of Arunachal Pradesh.

Khandu had earlier urged Army authorities to provide opportunities to unemployed youths to serve the nation via employment in the Indian Army in all possible capacities.

Ha also complimented the efforts of an NGO named Yuva Arunachal for organising and preparing youths from all over the state to make use of the opportunity by actively promoting the recruitment program.

The recruitment programme will be held at Tawang and Dirang in the West Kameng along with Sapper from July 1 to July 12.