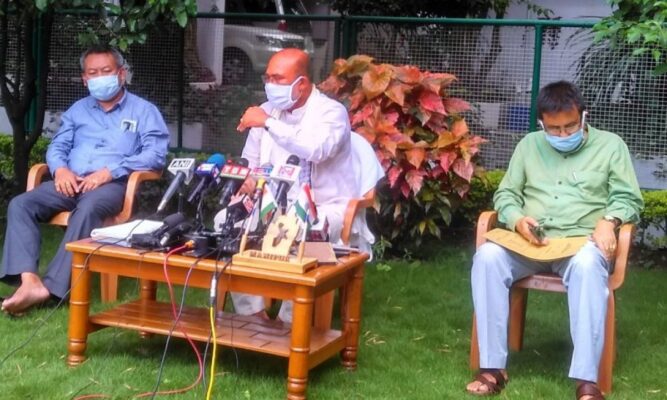 Manipur, Feb 9: Manipur CM N Biren Singh has presented a cash reward of Rs 10 lakh to a village in Ukhrul district for the crusade launched by them against the drug menace.

CM N Biren Singh handed over the reward at an event in Imphal for voluntarily destroying poppy plants grown in their village.

The cash reward was given to Peh (Paoyi) village authorities for voluntarily destroying poppy plants grown in their village as part of the State government’s ‘war on drugs’ campaign, said an official.

Lauding the villagers for their resolve to destroy poppy plantations, Chief Minister Biren said that the State government has been putting in the best possible efforts to curb drug abuse and trafficking.

He assured that a market shed with an estimated cost of around Rs 10 lakh and a primary health center would be constructed in the village soon.

He urged the people to create awareness of the Government’s War on Drugs Campaign in their neighboring villages.