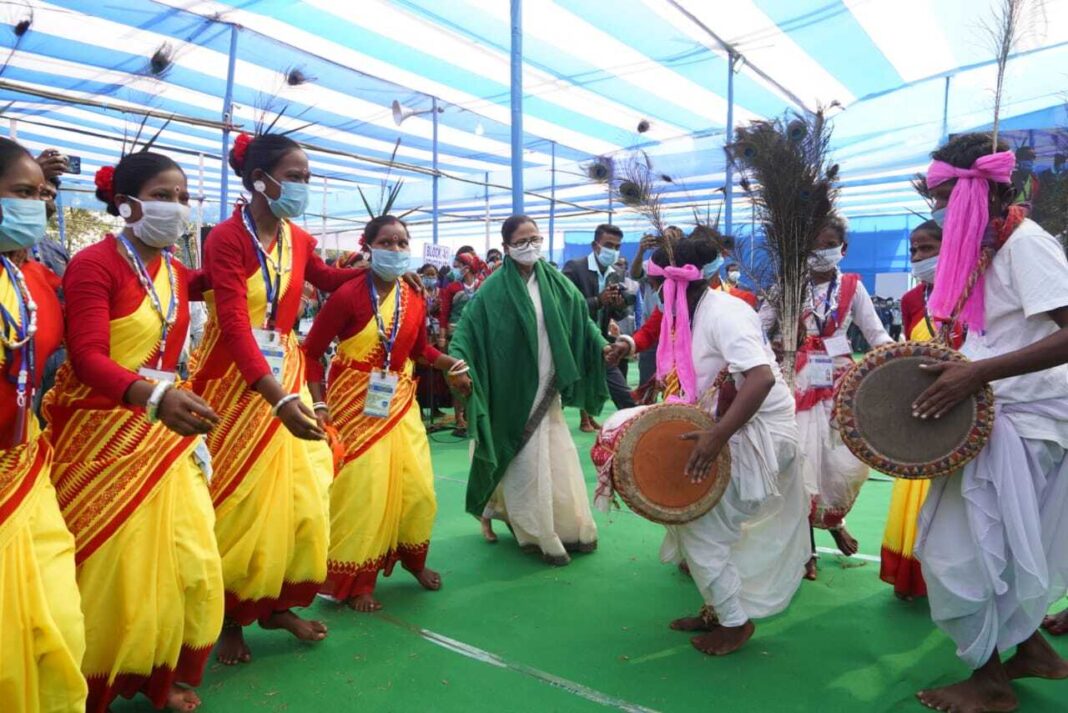 Hand in hand with other tribal dancers at the mass wedding ceremony, Mamata Banerjee was seen dancing to the beats of drums.

The glimpse has been posted on Twitter which shows Mamata Banerjee joyfully dancing along with the other dancers. She then leaves the dancers’ group and moves away to another group of dancers.