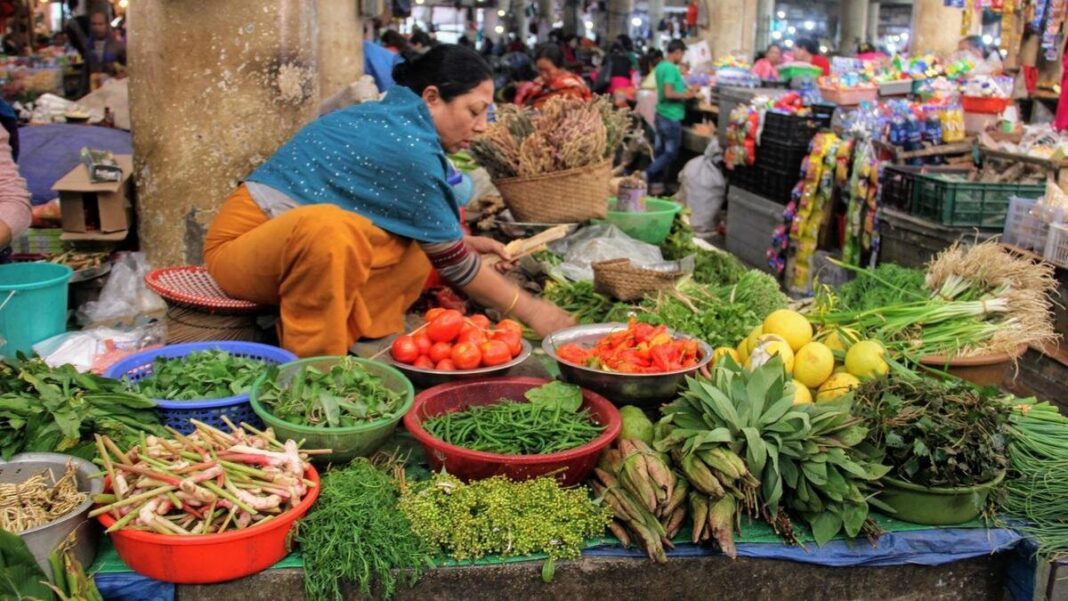 Manipur, Jan 20: The shutting down of Nupi Keithel, one of Asia’s largest all women-run market, located in Manipur’s state capital, might have caused a minimum loss of ₹3,879 crores to vendors in the last about 10 months, a researcher in Imphal claimed.

The researcher came up with the figure that said that the estimation required calculating the numbers of closure days and license holding women vendors at the Nupi Keithel, along with the loss of average per day establishment profit, based on available official data.

The Manipur government announced the closure of Nupi Keithel— which has three different market sheds, namely Purana Keithel, Laxmi Keithel, and Newmarket—on March 21, 2020, as a preventive measure amid the Covid-19 pandemic outbreak. The women-run market has since remained closed for 304 days till January 19.

As per Manipur economic census reports of the Economics & Statistics Department, the state has two types of economic activities – agricultural and non-agricultural, Serto said.

There is 6,522 license holding vendors under Imphal Municipal Corporation. Out of them, 3,614 license holding women vendors sit at Nupi Keithel (1,690 at Purana Keithel, 1,196 at New Market, and 728 at Laxmi Keithel) in Imphal city.

Expressing serious concern over the loss, the researcher urged the state government to aid the women vendors like the financial assistance provided to the state residents who were stranded and stuck outside the state during the initial period of nationwide lockdown due to the Covid-19 pandemic.

He also urged the authorities to reopen the women’s market while maintaining strict regulations to contain the spread of the disease.

However, he appreciated the license holding women vendors in Imphal for following the government directives and maintaining the existing protocols to prevent the spread of the Covid-19 pandemic in the state.