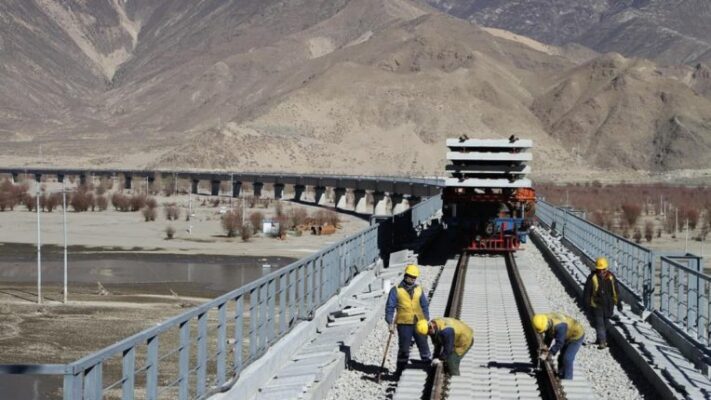 Arunachal-China border, Jan 1: China finishes the track-laying work for a railway line connecting the cities of Lhasa and Nyingchi in Tibet, close to the Indian border at Arunachal Pradesh.

The Sichuan-Tibet Railway begins from Chengdu, capital of Sichuan Province and travels through Ya’an and enters Tibet via Qamdo, reducing the journey from Chengdu to Lhasa from 48 hours to 13 hours.

Last month, President Xi Jinping ordered officials to expedite construction of the new railway project connecting Sichuan Province and Linzhi in Tibet, saying it would play the main role in protecting the border. As per the reports, Xinhua is the first electrified railroad in Tibet and is slated to begin operations in June next year.