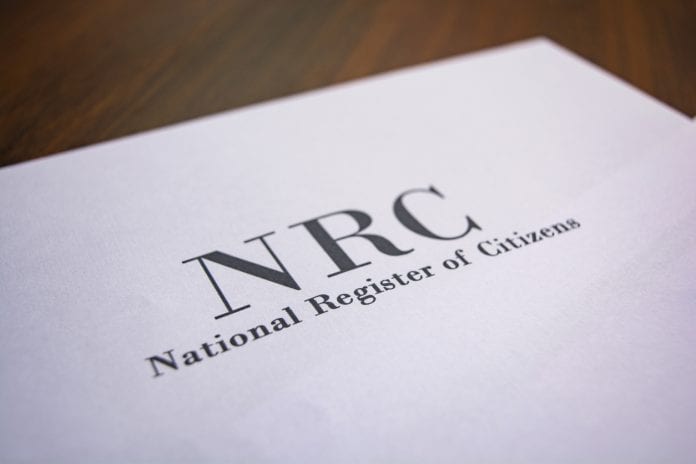 Assam, March 29: The office of the Registrar General of India under the Ministry of Home Affairs has asked the Assam govt to explain its request for additional financial support to complete pending work on the National Register of Citizens exercises reported on Monday.

In a letter on March 4, the Assam government had sought an additional Rs 3.22 crore monthly allocation beyond March 31 for completion of the pending work. However, Registrar General of India Joint Director Jaspal Singh told Assam Home Secretary SR Bhuyan on March 23 that there was no provision to exceed Rs 1,602.66 crore allocation made for the entire project.

Singh also reminded the Bharatiya Janata Party-led Assam government that all the activities regarding NRC updation were to be completed within the approved cost by March 31. “The time and cost for completing the pending work and winding up the project have also not been explained in the proposal,” he wrote, according to PTI. “The requirement of software developed for various NRC activities may be assessed and the renewal of software which is not required may be discontinued immediately.”

The Registrar General of India added that the state government’s request for additional funding “appears to be too high”. Singh also took strong exception to the “inordinate delay” in completion of the entire exercise and suggested that surplus staff should be terminated, wherever possible, to cut down on costs.

The Cabinet Committee on Economic Affairs had approved the revised estimates of Rs 1,602.66 crore up to December 31, 2019, with a condition that the amount would not be revised further before finishing the entire process by March 31.

“It is therefore requested to clarify why the cost proposed cannot be managed within the cost approved by the Cabinet,” Singh said in the reply on March 23.

He added that NRC State Coordinator Hitesh Sarma “has been requested time and again to complete the pending work as per the decision taken in NRC Coordination Committee meetings, approved guidelines/SOPs [Standard Operating Procedures] and the directions of the Hon’ble Supreme Court issued from time to time”.

In his letter, Singh said that the Assam government had not even begun the process of issuing rejection slips to those left out of the NRC exercise despite being asked to carry it out on “mission mode”.

More than 19 lakh people were left out of the final list of the Assam NRC that was published on August 31, 2019. The number of people left out comprise around 6% of Assam’s entire population. Some of those left out have been appealing against their exclusion in the foreigners’ tribunals. As many as 3.3 crore people had applied for the exercise.

Singh highlighted that Sarma, in a meeting held on July 2 last year, had said that that rejection slips would be issued by the end of December 2020.

The Assam govt has rejected the NRC in its current form and demanded re-verification of 30% of names included in the exercise in areas bordering Bangladesh, alleging that is rigged with wrongful exclusions and inclusions. The Assembly elections in the state is underway and the saffron party in its manifesto has promised to “protect genuine Indian citizens and exclude all illegal immigrants”.