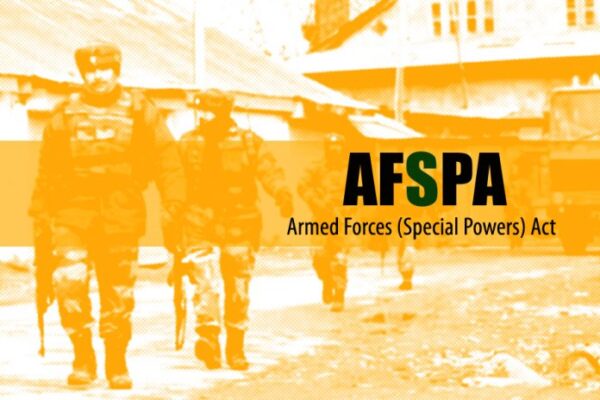 Arunachal, April 2: The Centre has extended the Armed Forces (Special Powers) Act (AFSPA) in three districts of Arunachal Pradesh by another six months.

It has also extended the ‘draconian law’ in four police station areas in three other districts bordering Assam and declared them “disturbed” in view of ‘continuing activities’ of banned insurgent groups.

According to a notification issued by the Union home ministry, Tirap, Changlang, and Longding districts of Arunachal Pradesh and four police stations bordering Assam were declared “disturbed” areas under the AFSPA.

“Tirap, Changlang and Longding districts in Arunachal Pradesh and the areas falling within the jurisdiction of the following four police stations in other districts of Arunachal Pradesh, bordering the state of Assam, are declared as ‘disturbed area’ under Section 3 of the Armed Forces (Special Powers) Act, 1958 up to September 30, 2021, with the effect from April 1, 2021, unless withdrawn earlier,” the notification mentioned.

A home ministry official said the decision was taken following a review of the law and order situation in the three districts and the four police station areas of the state.