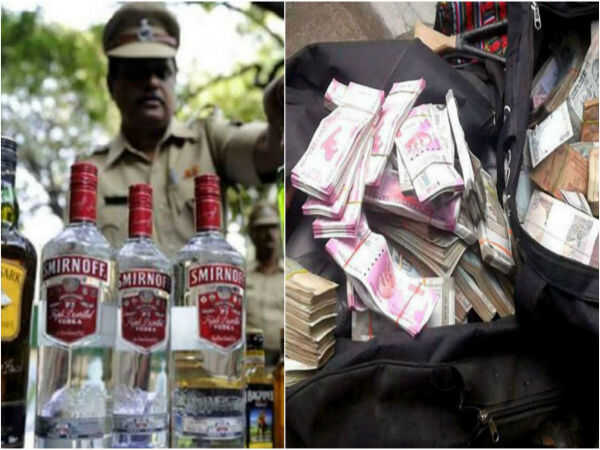 Nagaland, 2nd November: An election official on Sunday (1 November) said that a huge amount of cash, liquor and drugs were being seized from 2 Assembly constituencies in Nagaland where elections are to be held on the 3rd of November which is on the gap on a day. The cash, liquor and drugs that valued at over Rs 13 lakh.

According to the Additional Chief Electoral Office, N Moa Air, the overrunning took place with the help of the Flying Squad Team (FST), Static Surveillance Team (SST), Excise and other Agencies that were in both the two Assembly constituencies Southern Angami-I under Kohima district and Pungro-Kiphire in Kiphire district till Saturday (31 October).

On Saturday (31 October), an amount of Rs 6 lakh was made from one of the party who was a BJP candidate in Kiphire.

The liquor that was seized in Nagaland valued at Rs 6.64 lakh while drugs, especially cough syrup was worth Rs 78,000. The total value was of Rs 13.42lakh.

However, 425 people are been bound down under various preventive sections of CrPC in both these constituencies.

Polling for the two constituencies is scheduled on November 3 (Tuesday) from 7 am to 4 pm while the counting of votes will be carried out on November 10 (Tuesday).