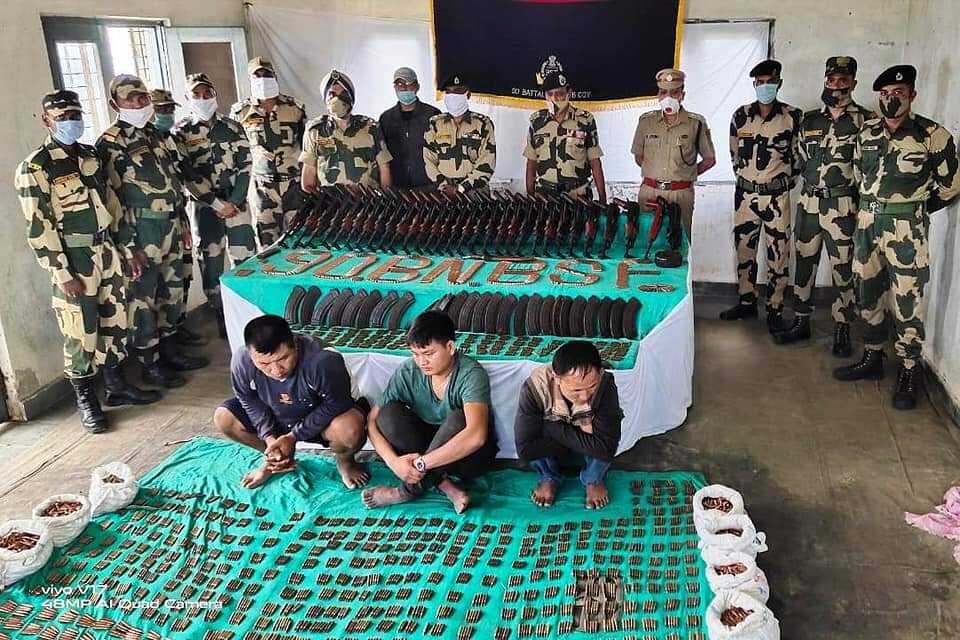 The 90 battalion team laid a special ambush in the area under West Phuldungsei Sub-division of Mamit district.

During ambush, the BSF troops had intercepted the two vehicles — Mahindra Thar (MZ-01K-5262) & Mahindra Pickup (MZ-01L-4949) on South Phuldungsei-West Phuldungsei road, about 15 km aerial distance from Indo-Bangladesh border and during search the security personnel had recovered huge cache of arms, ammunition from the vehicles.

The BSF seized 30 sophisticated weapons including 28 AK-series rifles, one 5.56 MM AK-74 rifle and one carbine 0.30 along with 7894 assorted ammunitions and 28 magazines.

The security personnel had apprehended three persons identified as Lalhuapzauva (56), Vanlalruata (25) and Liansanga (46) and recovered Rs 39,020 in cash and other items in possession from them.