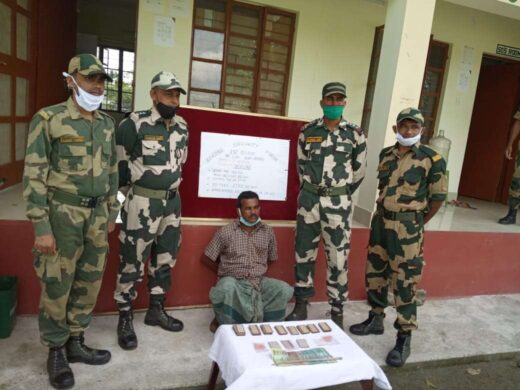 Further Hassan Miya along with seized item has been handed over to Sahebganj police station further legal action.

Keeping in view the vulnerability of border, heightened activities of the smugglers and anti-national elements on the border, BSF troops are always alert towards the issues of trans-border crimes & illegal infiltration and are making all-out efforts to prevent the commission of such crimes.