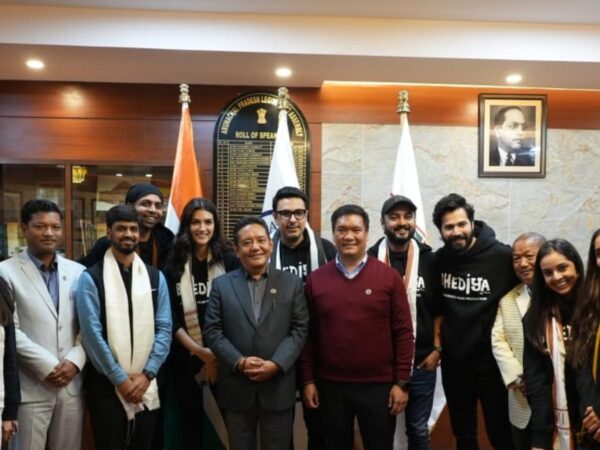 Few days after disclosing about their horror-comedy project together, Varun and Kriti have landed in Arunachal Pradesh to shoot for the first schedule of their film ‘Bhediya‘.

The horror-comedy drama ‘Bhediya‘ will mark the ‘Badlapur‘ star and ‘Heropanti‘ star’s third collaboration with each other after sharing screen spaces in 2015 rom-com ‘Dilwale‘ and 2019 ‘Kalank‘. ‘Bhediya‘ will bring together the dynamic duo of producer Dinesh Vijan and director Amar Kaushik, who also helmed the 2018 blockbuster movie ‘Stree‘.