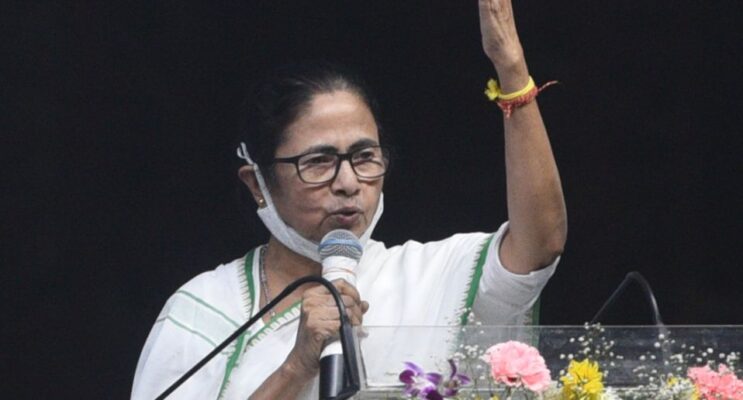 Bengal, Dec 21: Bengal CM Mamata Banerjee on Monday hit out at the Centre saying that BJP is only bent on dividing the country and has cancelled public holidays on festivals like Christmas.

Inaugurating Christmas festival at Allen Park in the Kolkata’s Park Street area, the TMC supremo condemned the “politics of hatred” pursued by the Narendra Modi government.

“Some people can only divide the country. The BJP government has cancelled the public holiday on Christmas after coming to power. Why did they do so? Don’t they have any regard for the sentiments of the Christian community?” CM Mamata Banerjee said lashing out at the saffron party.

Christmas is now a regional holiday. Stating that Christmas is a festival for all, Banerjee said “In West Bengal we celebrate X mas, Durga Puja and Eid with equal gusto. We all love and respect our Constitution but the government in Delhi has no respect for constitutional norms and values.“

Without naming BJP, Banerjee charged the saffron party of spreading “a garbage of lies” about the state’s development.

“Why are you speaking garbage of lies to people? Tell the truth. Acknowledge the fact that we (West Bengal) stand first in MSME sector. We are front runners in various social sectors. Our Kanyashree and Sabooj Sathi schemes have earned universal acclaim,” she said.

Kanyashree Prakalpa is an initiative taken by the West Bengal government to improve the life and status of girls by helping economically backward families with cash, while Sabooj Sathi is a scheme for providing bicycles to students.

“Some people coming from Delhi are jealous and they keep spreading falsehoods,” she said in an apparent reference to BJP national-level leaders flaying the state’s performance in several sectors including employment.

Unity is the strength of Bengal and the country, Banerjee said and gave a call for fostering bonds among communities on the occasion of Christmas.