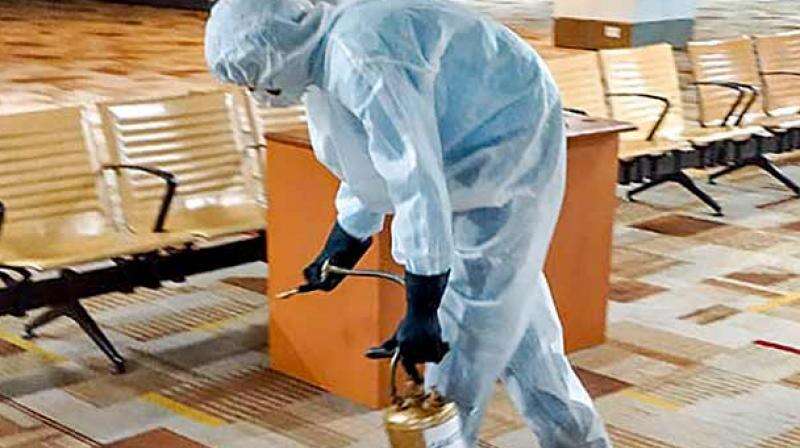 Tripura, August 14: The inefficiency of the Tripura Government in dealing with the COVID situation of health infrastructure has been so evident that even the leaders of the ruling BJP party went vocal against it. After former Health Minister Sudip Roy Barman’s series of letters addressing the Chief Minister, ruling MLA Asish Kumar Saha who once used to hold the post of party’s vice president in the state tried to highlight the public grievances.

Even basic safety management protocols are being violated.

People in the social media continued to protest in demand of a change in the health department. Taking from the death of Bina Pani Roy to the death of a three-year-old baby, health ministry under Biplab Deb has only caused chaos.

The heavily circulated video in the social media complained against the mismanagements in GBP and had showcased as to how the ruling government was steadily losing its grip from its own legislators and public as a whole. Saha in his letter tried to convey a problem being faced by the COVID patients having reported respiratory issues. In his letter, Saha claimed that from February 2020, the central oxygen pipeline of the GBP hospital was malfunctioning resulting in added figures in COVID related deaths.

BJP MLA Asish Kumar Saha said, “the central oxygen supply system of GBP hospital’s ICU was not working properly. Whether there was a need of 58 to 60 PSI unit pressure of the oxygen for people with COVID 19 symptoms, it was only giving 3 to 5 PSI. The lacks had resulted in deaths of COVID patients admitted there triggering a sense of panic and terror among the masses.“

He added that a doctor’s close relative also died due to oxygen shortage. Despite such tremors of dissatisfaction, no statement was issued from the part of GBP and AGMC authorities. However, the government had received the matter positively and repair works had begun in the hospital after we reported.

In the meantime, the video of the UK based doctor, have disclosed the sad condition of the state’s Health Infrastructure. She complained that even the basic management protocols were violated while treating her grandmother Bina Pani Roy.

“My grandmother Bina Pani Roy was rushed to IGM hospital where she was tested positive to the COVID 19 through the rapid antigen detection. She had a fall in the bathroom and her saturation level was 46 per cent that required immediate medical attention. She was transferred to GBP hospital and put on oxygen but just because she was positive no other investigations were done. The basic management protocols were violated there.”, said the doctor, Aviksa Das.