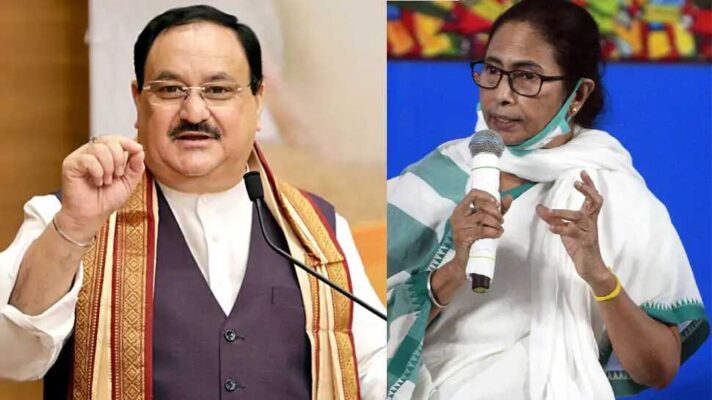 Nadda, attending the final round of the month-long “Krishak Suraksha Abhiyan” of the party, slammed Mamata Banerjee for shunning development in Bengal due to her “ego.”

Accusing CM Mamata Banerjee of doing “injustice” to Bengal farmers, Nadda said, “PM Modi gave 6,000 rupees to farmers across the country through PM-Kisan Samman Nidhi, but Mamata due to her ego did not allow the implementation of this programme in Bengal.”

Due to this, Nadda said that over 70 lakh farmers were unable to reap the benefits that the Centre had to offer.

Nadda also claimed that the lack of infrastructure in Bengal’s agriculture was a result of the ruling party’s policies. “Due to Banerjee, Bengal has no proper infrastructure for farmers, no facilities for irrigation, no storage for grains,” Nadda said. This is in contrast to the work BJP is doing across the country, Nadda said highlighting the special rails made for transporting grains.