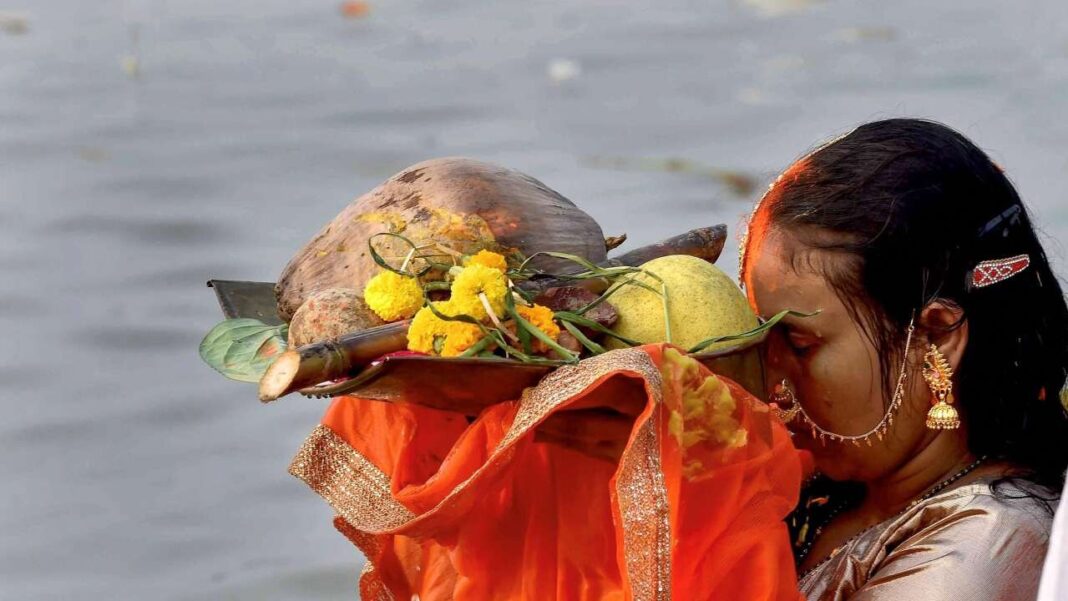 West Bengal, 20th November: West Bengal government has set up around 1,500 artificial ponds in and around Kolkata for devotees to perform Chhath Puja on Friday.

The police have put the barricades outside Rabindra Sarobar and Subhas Sarobar – two of the largest lakes in Kolkata – where devotees have been banned from performing the puja.

Police pickets have also been set up in various places to prevent any procession of devotees. Only two persons per family would be allowed to enter a water body to perform the puja, police said.

The Supreme Court had on Thursday ruled that Chhath puja will not be allowed at the Rabindra Sarobar Lake in south Kolkata, which is protected under the national lake conservation plan and is considered the lungs of the densely populated city because of its greenery. A division bench of the Calcutta high court also banned Chhath puja at Subhas Sarobar, a water body of equal importance, located in the north-eastern parts of the city.

“The state government has already set up around 1,500 artificial ponds where devotees can perform the Chhath Puja maintaining Covid-19 norms. Some restrictions like a ban on processions and a cap on the number of devotees who can enter the water bodies have been imposed,” said a state government official.

While green activists in Kolkata welcomed Thursday’s court orders, chief minister Mamata Banerjee appealed to the Hindi-speaking population to observe Chhath puja at home or in their respective neighborhoods, using artificial water tanks created by the government over the past few days.

“We have created artificial water bodies for your convenience. In case you need to visit a riverbank, please follow health protocols related to the coronavirus disease (Covid-19) pandemic and travel in small groups. Follow court orders and do not form processions,” Banerjee said.